By by Tiffany Wilson 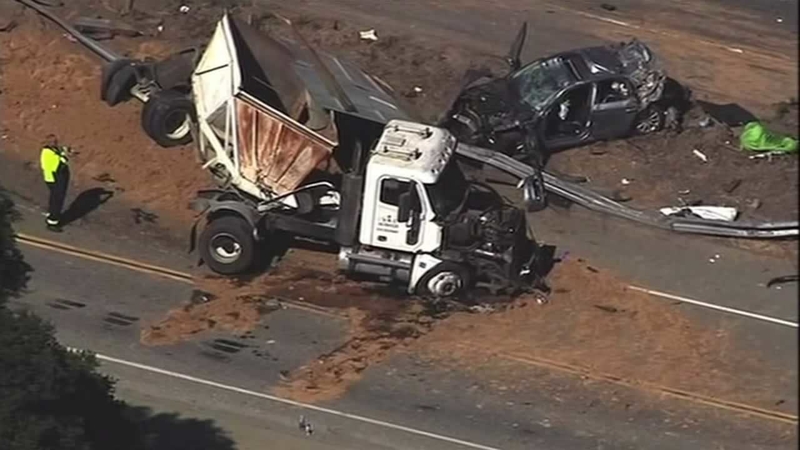 SANTA CRUZ, Calif. -- Two months ago, a Santa Cruz man was on his way to work when a tractor trailer plowed into his car on Highway 17.

Several cars were involved in that crash and a number of people were injured. Daniel McGuire died.

Daniel's family is now asking for a major change in the trucking industry.

Photographs of Daniel show milestones in a young man's life: graduation, with his girlfriend, going to a game with friends.

Now his family clings to those memories. "There are no words for how my heart is hurting because of the loss of Daniel," one family member said.

"He had a bright future and was about to become engaged to the love of his life, Jessica," Daniel's father, Doug, said.

Gail-Jean McGuire constantly worries about her daughter on the road. "I am terrified. I am traumatized about inexperienced truckers hauling dangerous loads," Gail-Jean said.

On Tuesday, the McGuires filed a wrongful death lawsuit in Monterey County. They believe the combination of a driver with only three months of experience and poor truck maintenance contributed to Daniel's death on Highway 17.

"When you consider the challenging nature of driving big rigs over the Santa Cruz Mountain range during peak commuter travel periods, this had all the makings of a ticking time bomb," the family's attorney, Robert Allard, said.

The McGuires want the trucking industry to implement a grading system rating roads based on degree of difficulty and drivers on experience level. Then only the best drivers could take the difficult routes.

Leo Fontaine has navigated the country for 41 years. "You can't give a guy three months and expect him to go from the east coast to the west coast without something happening," he said.

Yet Fontaine isn't sure the grading system is realistic. "That's going to be hard to do," he said.