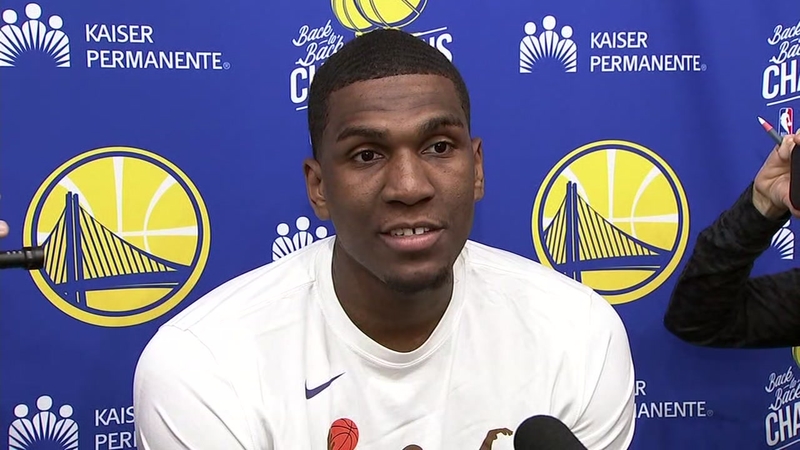 On the dawn of defeating the Clippers in Game 1 of this playoff season, Tiger Woods was in a tight race down the stretch of the Masters.

The Warriors held off on film to watch the magic unfold and together witness a legend rise again.

After more than a decade of drought, Tiger Woods swung himself back into a green jacket.

"To be able to watch a comeback story like that is pretty big," Kevon Looney said in an interview with ABC7's Mindi Bach.

While describing the rare opportunity to watch something of this magnitude together, he noted that Stephen Curry almost cried.

Greatest comeback story in sports! Congrats @TigerWoods Let me hold one of those 5 jackets one time!

In their seventh consecutive year making the playoffs (a franchise record), Golden State is on a quest for a "threepeat," which would put them in the company of three storied franchises.

The Lakers, Chicago Bulls, and Boston Celtics are the only basketball clubs to date to win three NBA titles in a row.

You can watch the Warriors playoffs right here on ABC.