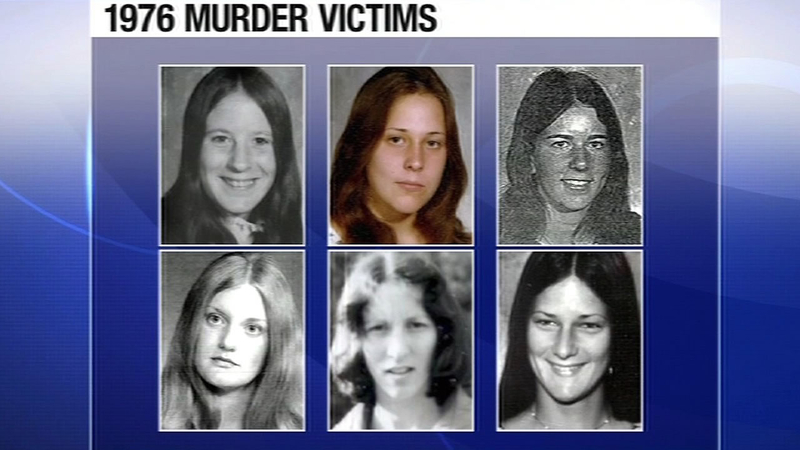 SAN FRANCISCO (KGO) -- There's a major break in a serial killing spree that terrorized the Bay Area nearly 40 years ago. The FBI believes 66-year-old Rodney Halbower may have killed five young women from the peninsula in just a few short months and then another in Reno. The I-Team has been looking into why Halbower is now in the spotlight.

Halbower has a long rap sheet. He is currently in Oregon state prison on an attempted murder, assault and robbery conviction with an early release date in 2026. But, it looks like he's about to face several, more serious charges.

This new information comes out of a Washoe County, Nevada courtroom. Cathy Woods was granted a new trial after serving more than 30 years in the death of a Reno college student.

Court documents released Monday show that DNA testing has revealed a new suspect. The documents read: "The DNA on the cigarette butt at the crime scene" and "...at two of the California rape-murder cases belongs to Rodney Halbower."

The San Francisco FBI alluded to the DNA evidence at a news conference last March, announcing a task force to investigate what are now called "the Gypsy Hill murders".

"The Reno murder occurred in between the time frame of our five murders and recent evidence that's been uncovered leads us to believe that the Reno murder is linked to several of our murders," FBI Assistant Special Agent in Charge Jerry Bessette said.

The Reno victim and five Bay Area women died between January and April 1976. They are:

And it was the DNA testing of that cigarette butt in the case of Michelle Mitchell, the Reno college student that may tie Halbower to these other crimes.