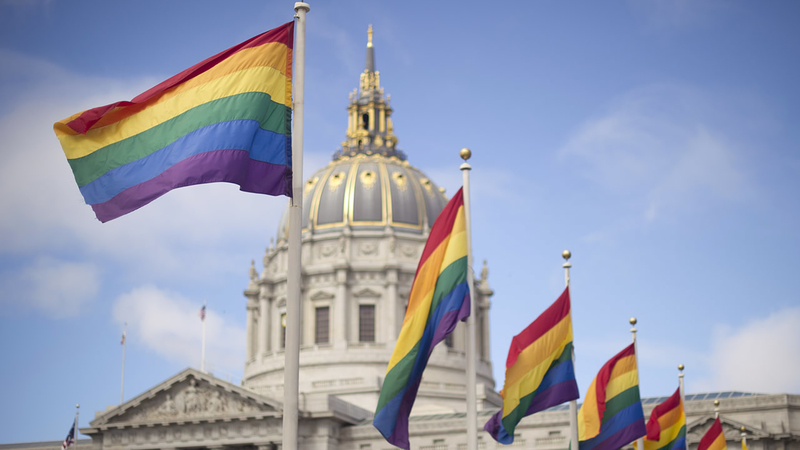 SAN FRANCISCO (KGO) -- There's more backlash against Indiana's controversial religious freedom law. It comes as the state's governor is calling for a fix. But it may not be enough to ease critics, who say the law discriminates against the gay community.

"It is a fundamentally immoral and bigoted law that classifies LGBT people as second class citizens," Wiener said.

The supervisor wants the board to go on record condemning Indiana's new law that critics say would allow individuals and businesses to deny service to lesbians and gays.

Thank you @Benioff & @mayoredlee for banning travel to #Indiana due to its new law legalizing anti-#LGBT bigotry. #standagainsthomophobia

Indiana Governor Mike Pence denies that. On Tuesday, he called for a fix to the law.

"Clearly there's been misunderstanding and confusion," he said.

But only a repeal of the law will satisfy critics.

Until then, Wiener is calling on city departments to avoid new business contracts and discontinue current ones if possible with companies headquartered Indiana. City Administrator Naomi Kelly has already started reviewing the roster.

"It looks like it's primarily medical supplies and a few transportation supplies," she said.

Private businesses are also denouncing Indiana. In a rare joint statement, San Francisco icons Levi's and Gap called for a repeal of the state's measure and any others that they say would: "Turn back the clock on equality and foster a culture of intolerance."

Legalized #discrimination is bad for biz & bad for humanity. We join @GapInc in speaking out http://t.co/TTKpTWbUoU

Other CEO's, including Apple's Tim Cook and Marc Benioff of Salesforce, say their companies will boycott the Hoosier state.

One Salesforce employee said, "I think it's a good idea. I mean, I think it takes a stand."

Another added, "We support our company and we support gay rights."