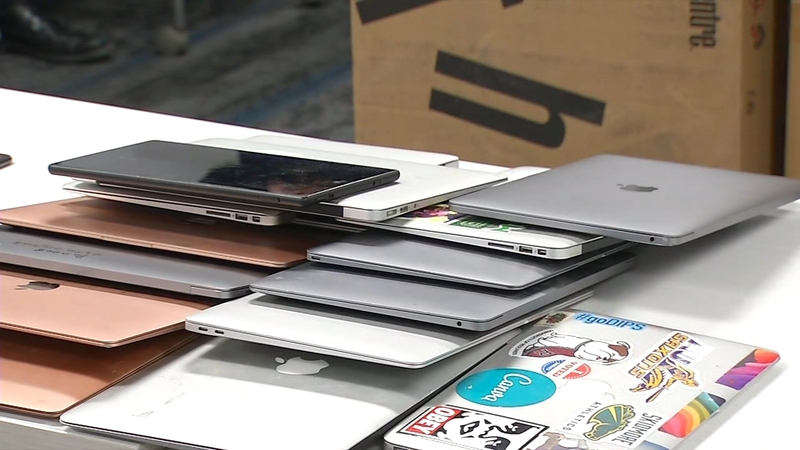 SAN FRANCISCO (KGO) -- San Francisco District Attorney Chesa Boudin announced on Tuesday a major bust in an international fencing operation that was allegedly being run out of a boba shop in the Tenderloin.

The district attorney's office says this discovery stemmed from its broader auto-burglary operation "Auto Pilot" which has been going on for over a year now. The operation tracks items taken from "bait cars."

"Inside the bags we left in these bait cars were high value products and also tracking devices in that allowed us to follow both electronically and in person with eyes on the ground where these stolen goods moved," Boudin said in a news conference on Tuesday.

Boudin said many of these items were shipped from the boba shop in the Tenderloin to places like Texas, Asia, and Europe.

This is a third of the evidence recovered from the operation/boba shop, per @SFDAOffice

(The investigators here say they are hoping to try to return some of the items to their owners) pic.twitter.com/sFq9fw7Y31

"We developed this operation with the goal of not simply waiting for the arrests to come into the door but also dismantling the fencing operation that creates so much demand for stolen property that make car breaks in profitable in the first place," Boudin said.

The DA says this investigation is part of a larger operation to crack down on these rings. His office worked with the American Car Rental Association, Homeland Security, and the group SF Safe.

The San Francisco Police Department did assist with intel gathering.

If you think you had an item stolen in one of these rings, Boudin said his office is hoping to create a website that will allow people to browse and possible retrieve their items.

VIDEO: Car break-ins on the rise across the Bay Area; how some are 'risking it all' to avoid it
EMBED More News Videos