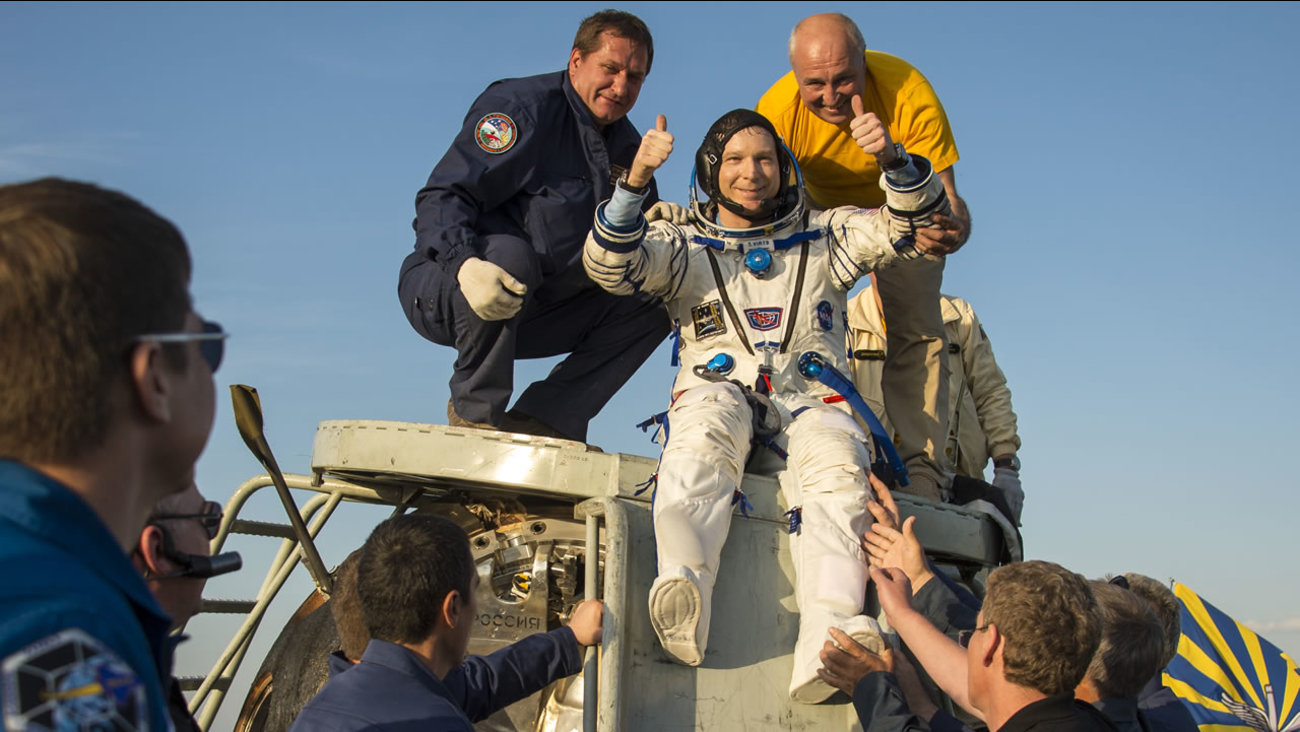 U.S. astronaut Terry Virts is helped out of the Soyuz TMA-15M spacecraft just minutes after he and two other astronauts landed in Zhezkazgan, Kazakhstan, Thursday, June 11, 2015. (Bill Ingalls/NASA via AP)

DZHEZKAZGAN, Kazakhstan -- A three-person crew from the International Space Station has landed safely in Kazakhstan after a longer than expected orbital stint.

My ride back to Earth today. pic.twitter.com/31hqjY4Vve

NASA's Terry Virts, Samantha Cristoforetti of the European Space Agency and Russia's Anton Shkaplerov returned to Earth after 199 days on the station, nearly a month more than planned.

Their Soyuz capsule landed on schedule Thursday about 145 kilometers (90 miles) southeast of Dzhezkazgan.

The mission's extension was caused by the failed launch of a Russian cargo ship in April. 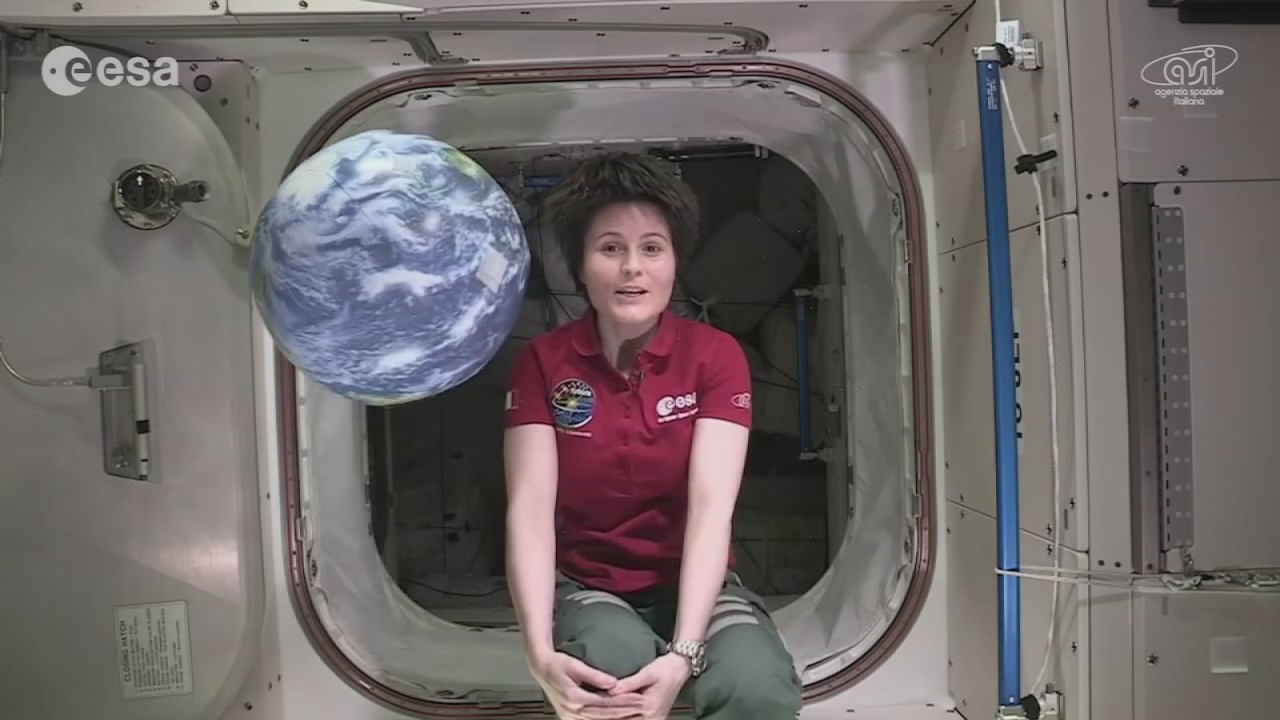 The Soyuz rocket that failed in April is used to launch spacecraft carrying crews, so Russian space officials delayed the crew's return and further launches pending an investigation.

A Soyuz rocket successfully launched a satellite last week, and a new crew is set to head to the station in July.

It took me until my last day in space to get a good picture of these! pic.twitter.com/BChtFZBvk7

Early start into Day 200 in #space. It's been an amazing journey, thx for coming along! Now time to go home to Earth. pic.twitter.com/Rzs03BDL2A