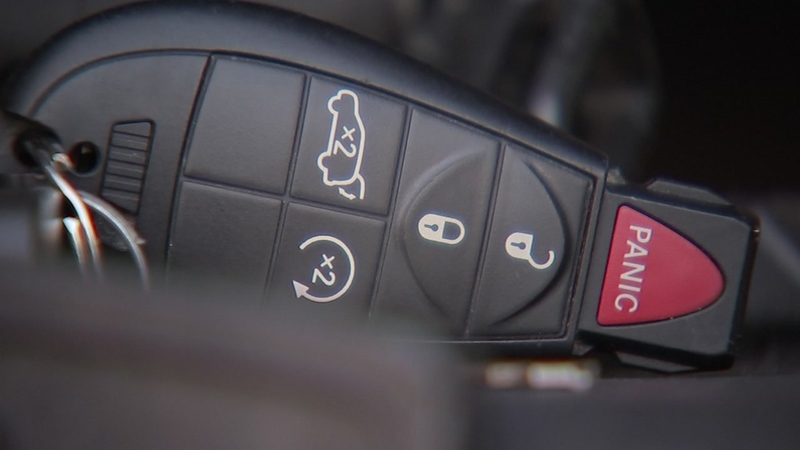 GALVESTON, Texas -- Investigators warn technology advances such as keyless cars may make our lives easier, but may also be making us more vulnerable.

The Galveston Co. Auto Crimes Task Force says it's not enough to keep your car empty of valuables and locking the doors. You now need to shield your key fob from hackers.

"Cars themselves have advanced to the point where they're pretty much computers nowadays and so therefore, if someone can hack a computer, they can hack a car," said John Blackwell, the assistant commander for the task force.

A recent case in Galveston has the police department and the task force reviewing whether or not thieves hacked their way into a woman's truck.

"I kind of fit it into my dream. I heard the alarm going off," Cecily Henderson said.

She was asleep on Friday, July 13 when she realized her car sounding off outside of her home.

"By the time I got to my window and looked out, there was nobody here and the alarm was off," she said.

Henderson tells Eyewitness News it wasn't until the next morning when she realized she was in fact a victim.

"Everything was in disarray, all over the floor board and in the back seat."

Not only were the crooks quick but police believe they were high-tech.

RELATED: Man steals car from date to go on another date

There were no smashed windows and her car was still locked.

Blackwell says they are looking into the possible use of RFID: radio frequency identification.

"One of the common phrases we use for it is code-grabber," he said.

The crime fighter says the crooks likely got into Henderson's car by transferring and copying the signal from her key fob.

"It's really a smaller device that they hold up next to the door and just kind of wave it around. Once it gets within a certain proximity to the car's sensors, it will detect that code and unlock the doors and in some cases even allow the car to start," he said.

He says the technology is not sold publicly.

"It's usually purchased from overseas through the dark web," Blackwell says.

He says the first red flag was when Henderson's key fob didn't work the next morning. And the fact that her car was ransacked, though the doors were still locked in the morning, suggests the bad guys actually re-locked the doors behind them.

Blackwell says there are ways to protect yourself from RFID.

You can find key fob pouches that block any signals from copying your car's unlock code.

Those pouches are found online and at major electronic retailers.