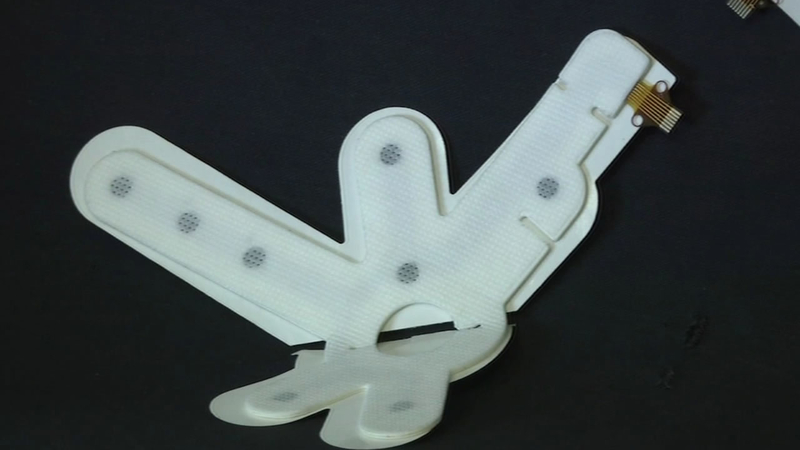 MOUNTAIN VIEW, Calif. (KGO) -- A new technology that could revolutionize breast cancer screening is about to begin clinical trials in the Bay Area. Rather than a mammogram or ultrasound, this system can be used at home, with potentially life-saving information transmitted through a smartphone.

For Dian Gaxiola, a routine breast screening at El Camino Hospital in Mountain View turned out to be a lifesaver. Doctors caught her cancer at a very early stage and saved her breast.

"I was very lucky, I think because of the early detection," cancer survivor Dian Gaxiola said.

"In my experience it is hit or miss, I think women, some women are consistent in doing breast exams at home, some women don't do them at all, and I often times get questions from women, asking simply, 'How do I do an exam,'" Yitta said.

However soon, an experimental technology could help thousands of women and doctors screen for breast cancer in a new way. It's called the iTBra.

"So you'll be putting that on, so it'll now be centered over you,"

Cyrcadia Health CEO Rob Royea says the patches can be worn inside any normal bra. He said, "It's a wearable device with a number of sensors that check what happens with your circadian patterns of heat change on your breast over time."

Roye says the heat changes correlate to the accelerated cell activity associated with breast tumors. The results are then processed using sophisticated algorithms and transmitted to a smartphone.

"You wear the device for a few hours, and that information is automatically communicated to your physician," Rob Royea, Cyrcadia Health

Because the system is heat based, developers believe it may also offer advantages for some women with denser breast tissue, which can be more difficult to image using traditional mammography.

"We believe we're tissue agnostic. Meaning that for all tissues we react about the same," Rob Royea from Cyrcadia Health said.

The clinical trial being conducted at El Camino Hospital will study the results on women wearing the device for different lengths of time. The goal is to produce accurate readings in roughly two hours, ultimately making the system more convenient for women to use.

"An ideal breast cancer screening test would catch the cancer when it's smaller and easier to treat," Sila Yitta, M.D., from El Camino Hospital said.

And whether it's a routine mammogram, or at home screening, cancer survivor Dian Gaxiola believes any investment in early detection, is worth the time.

If the trial is successful, Cyrcadia Health hopes to have the iTBra on the market later this year.