It's been a long time since most of California's residents felt any real rain, but the state's water managers say it's too early to fear a drought.

PHILLIPS STATION, Calif. (KGO) -- No snow shoes required. It was supposed to be a snow survey, but it looked more like a grass measurement at Phillips Station near Echo Summit in the High Sierra.

That's where Frank Gehrke from the California Department of Water Resources did his first manual inspection of the New Year.

"At this location we actually found snow to measure," said Gehrke, after walking through about 40 yards of grass to a patch of snow. "We had an average depth of 1.3 inches, a water content of .4 inches, representing 3 percent of its long term average."

At this same spot on the same date last year, it looked a bit better with a fresh layer of snow. But, there wasn't that much more - just 17 percent of average. The record snowfalls of 2017 came later in the season.

"It's early and we're obviously hopeful that there will be more the next time we come out here in the February, March and April snow survey," said Grant Davis, Director of the California DWR. 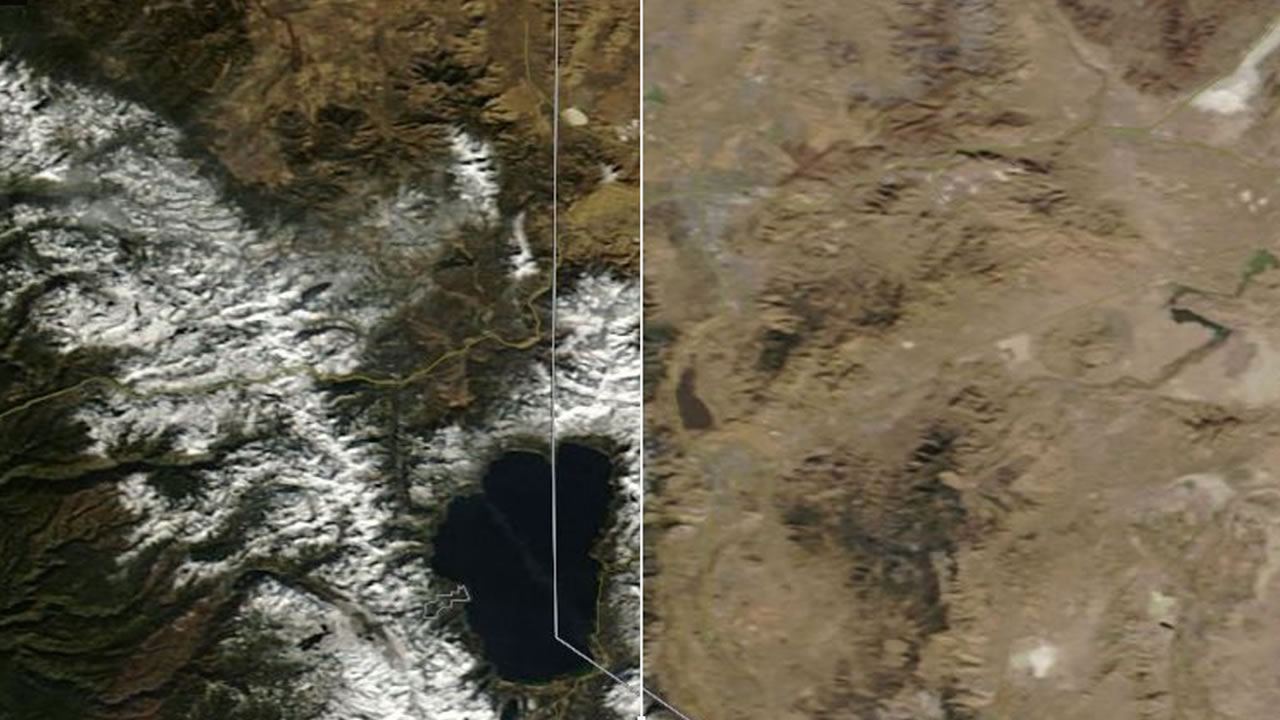