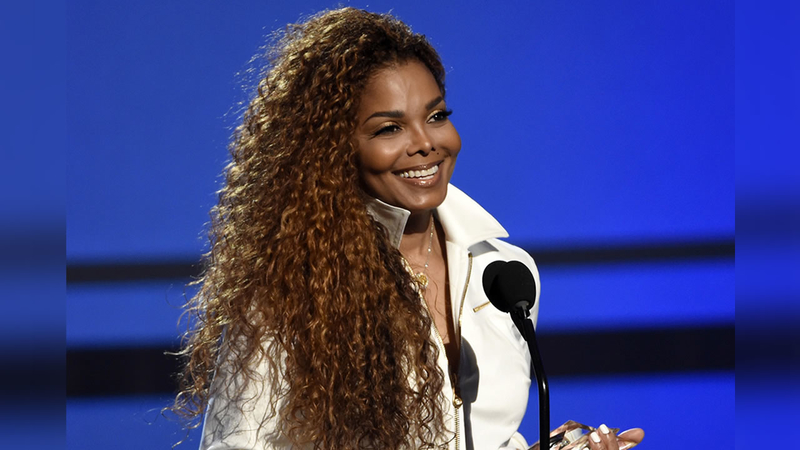 OAKLAND, Calif. (KGO) -- Imagine you're a nonprofit trying to empower young girls to take on a leadership role in our society. Next thing you know, entertainer Janet Jackson offers to donate money to your cause. It happened in Oakland to an organization called Girls Leadership.

Takai Tyler and Simone Marean are helping girls of color to find their voices in society.

That's how mega entertainer Janet Jackson describes them, and why she's donating to their organization.

"We're just happy because we feel like she, Janet Jackson represents what we're all about," expressed Tyler who, along with Marean, has led the nonprofit for the past 12 years.

Two sons surprised their father with tickets to see Janet Jackson in concert and that wasn't the only surprise.

Jackson is selling off some of her vintage and rare concert merchandise. All proceeds go to Girls Leadership.

On the website The RealReal, you can "shop the legendary artist's personal collection of vintage tour merch with proceeds benefiting Girls Leadership."

"Girls start out feeling very powerful. If you think about a kindergartener girl, a five-year-old girl, she's very clear that she's powerful, she has very clear leadership goals," added Tyler.

A 2020 report done by the nonprofit says many girls eventually lose that voice. That report found that teacher bias is the greatest challenge that Black and Latina girls face. They are often viewed as loud, aggressive and angry. That misperception can have a harmful effect on their leadership skills.

Black Girls CODE introduces girls from underrepresented communities to the field of technology and gives them the skills to become innovators of tomorrow.

Girls Leadership also offers professional development training for teachers and parents because there is a right way of supporting girls.

"That a teacher can say what you are saying is really important, 'let's work on how we say it, let's work on what you want to do here and I'm here to help you find the right way to be powerful, not punish you for being powerful,'" explained Marean.

Even Janet Jackson remembers not having that voice.

"I wanted my own identify, but at that time my father was in charge of my life, my career and he was my manager," she says in her recent four-part documentary which airs on Lifetime.

In a statement Jackson said, "Women need to support one another more from day one and that starts from when we're younger. We owe it to the younger generation to teach them, so they make fewer mistakes than we did."

And Tyler and Marean agree, it's never too late to learn how to empower future generations of women.