"They don't call me the people's champ for nothing," Dwayne Johnson said as he announced the exciting news.
OTRC
By Andrea Lans 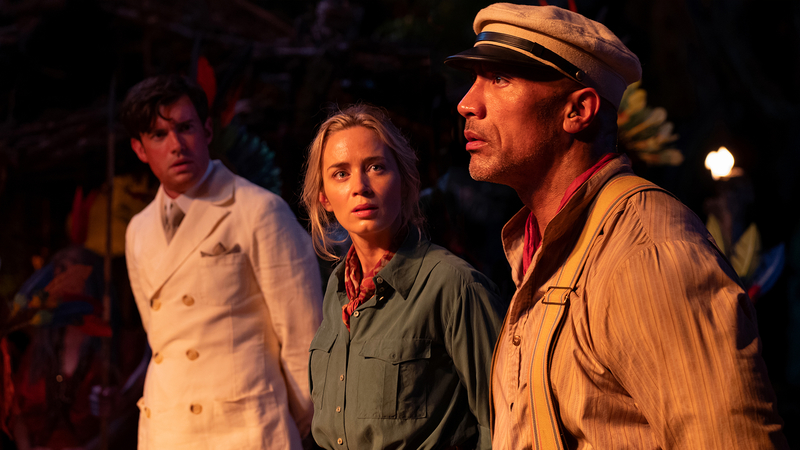 'Jungle Cruise' to be released in theaters, on Disney+ Premier Access

Dwanye "The Rock" Johnson surprised fans with exciting news this morning. The star and producer of Disney's "Jungle Cruise" announced that the film will be released in theaters worldwide and on Disney+ with Premier Access on July 30.

"Join my ace Emily Blunt (the female Indiana Jones) and myself on the adventure of a lifetime as our Disney's 'Jungle Cruise' hits theaters and your living rooms on the same day," Johnson posted on Instagram. "The most important thing with our movie was to always take care of families around the world by giving you options to watch it."

On Disney+, the film will require an active subscription to the streaming service as well as a one-time additional fee of $29.99.

The adventure film, based on the popular Disney theme park attractions, follows riverboat captain Frank Wolff (Johnson) and scientist Lily Houghton (Blunt) on an epic adventure through the jungle as they hunt for a tree that is rumored to heal all but could "awaken a great evil" if it falls into the wrong hands. The film is directed by Jaume Collet-Serra and also stars Edgar Ramírez, Jack Whitehall, Jesse Plemons and Paul Giamatti.

"As you know, myself and my entire family -- we got COVID. We understand the challenges that COVID brings. But now that we're coming out of COVID slowly we got to own this rebound," Johnson said in his announcement video.

The actor went on to share his personal connection to the movie, saying he's fulfilling a longtime dream of starring in a movie based on a Disney attraction. The actor recalled seeing his first starring film, 2002's "The Scorpion King," in theaters and being awe-inspired by the "Pirates of the Caribbean" trailer.

"I thought, 'Wow, one day if I'm lucky enough, if I work my butt off, maybe Disney will offer me a movie based on one of their iconic rides," Johnson recalled. "After I watched my performance [in 'Scorpion King'] I knew [I had] a long way to go."

"Jungle Cruise" will be released in theaters and on Disney+ with Premier Access Friday, July 30.