Saturn, Jupiter to align with moon this weekend 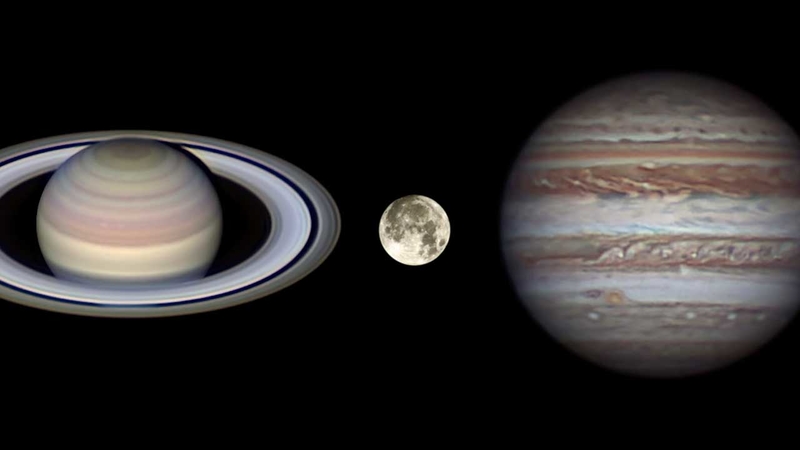 Saturn, Jupiter to align with moon this weekend

This weekend, the moon will work together with two planets to put on a sky show worth pulling out a telescope for.

Jupiter and Saturn will align, with the moon appearing at a different point between them for each of three nights, AccuWeather reports.

It's the first of the three best astronomy events of the month, according to AccuWeather.

Photographers should be able to capture all three in the same photo on any of the three nights.

Jupiter and Saturn will both appear in the night sky for the remainder of the month, but they'll grow dimmer as the month goes on.