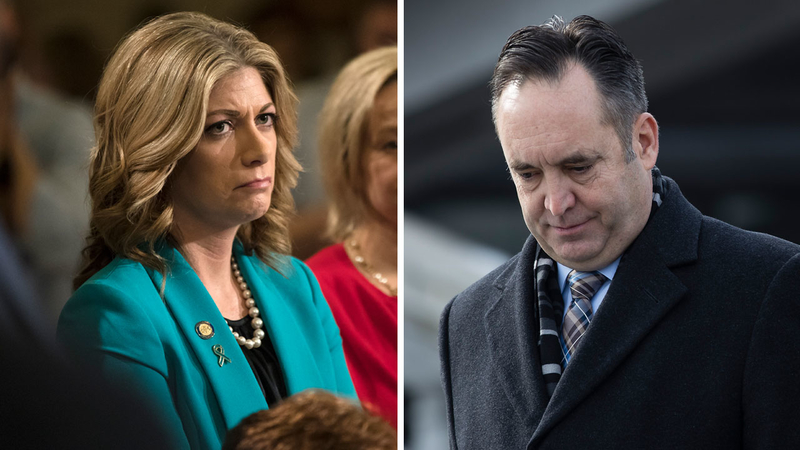 HARRISBURG, Pa. -- The Pennsylvania Senate devolved into partisan shouting, name-calling and bare-knuckled procedural tactics Wednesday over a bill to end a decades-old program that offers $200 a month to people deemed unable to work.

The bill ultimately passed the GOP-controlled chamber, 26-24, with two Republicans siding with Democrats against it, but not before a tense scene unfolded that senators on both sides roundly said they had never witnessed in the chamber.

The Republican demand to eliminate the program, called general assistance, has become particularly contentious, drawing demonstrators to the Senate gallery Wednesday and sparking passionate debate in the House in recent days.

It will be up to Democratic Gov. Tom Wolf to decide on the bill. Wolf opposes eliminating general assistance, but Republicans tied it to subsidies for Philadelphia hospitals, and Wolf has not said whether he would sign or veto it.

Democrats frame the program as a lifeline for people to afford basic necessities at the lowest point in their lives. Republicans have tried for years to eliminate it, saying it is of questionable value.

It is projected to serve about 10,000 people a year at a cost of approximately $24 million next year, according to Wolf's office.

As they fought over the bill Wednesday in the Senate, Republicans accused Democrats - and in particular Lt. Gov. John Fetterman, who presides in the Senate - of flouting the chamber's operating rules. Democrats accused Republicans of questionable, never-before-seen tactics to run roughshod over debate. Both sides accused the other of "hijacking" the chamber.

Wolf's office declined comment, and the chamber later settled into a series of votes with Scarnati presiding.

That motion angered Democrats. Fetterman put the chamber at ease to approach Senate Republican leaders to "bring the debate to a dignified conclusion without the nuclear option," he said in an interview later.

That's when Scarnati told Fetterman he couldn't stop a vote, went to the rostrum and put the vote in motion.

"I walked over and I greeted him and I said, 'governor, you can't do this, we're in the middle of a vote, you have to go through with this vote,'" Scarnati said in an interview later. "He says, 'we'll, I'd like to work this out.' I said, 'we are working this out.' And that's when I went up and I took the gavel and I continued on as the presiding officer."

Democrats briefly walked off the floor before a spectacle ensued.

Sen. Katie Muth, D-Montgomery, began reading a letter from a recipient of the cash benefit, appealing to senators to keep it, as Corman tried to interrupt with a "point of order."

For nearly three minutes, Muth read the letter, shouting the words while Corman shouted over her at Fetterman to acknowledge him. At one point, Fetterman told Corman, "you had your chance."

"Never in my career in the Senate has the presiding officer totally ignored the rules, the rules that we all voted on unanimously," Corman shouted after Muth finished. "Mr. President, your job is to enforce the rules of the Senate, not to be a partisan hack."

Sen. Anthony Williams, D-Philadelphia, shouted back that Scarnati had "made the rules at that moment so, with all due respect, when you punch somebody in the face and they punch you back, stop whining about it! And don't get personal about it! That's the rules!"