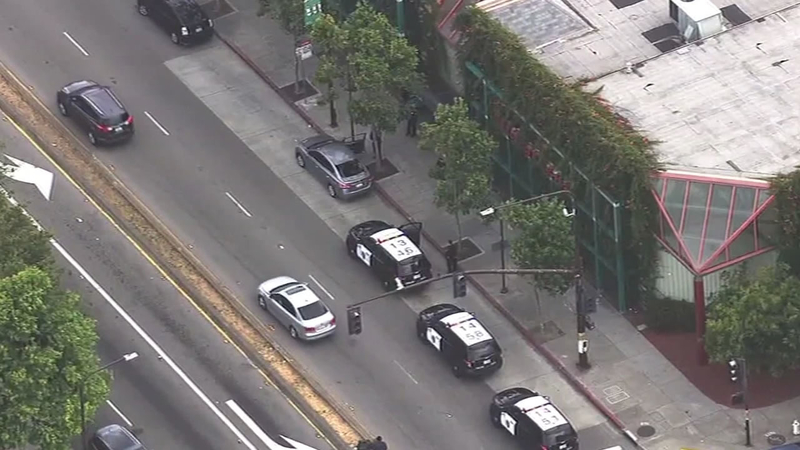 14-year-old safe after after brazen kidnapping in Oakland

Someone called police to say a 14-year-old girl was being kidnapped Wednesday morning at 65th and Herzog streets, right on the Berkeley border.

Police have confirmed there was a kidnapping and have located a victim and a suspect, but it's still unclear if it was part of a larger human trafficking ring.

Streets are closed and residents have been asked to avoid the area.

The family of the girl was grateful she was recovered safely and that the man who allegedly kidnapped her was in police custody.

Oakland police say the girl was taken by a man in his 20s in the area of 65th and Herzog streets. A short time later, as shown on Sky7 HD, police stopped a silver car at Ashby and San Pablo avenues. One investigator say it was involved in the kidnapping.

"We had a witness that called in of this possible kidnapping and also the victim, who is a female teen, also confirmed that she was kidnapped," said Marco Marquez of the Oakland Police Department.

The teenager was returned safely to her family. Her cousin told us the eighth-grader and two of her friends had gone missing a couple days ago.

"They were snatched up, stripped and held at gunpoint, basically to try to go prostitute. That he was going to put them out there to prostitute them," Oliver said.

"I've never been here. She doesn't have family in this area that's how I know she was held against her will," Oliver said.

Police staked out the house, guns drawn, before entering and finding no more victims or suspects inside.

#BREAKING @oaklandpoliceca just moved in on house that is part of this morning's kidnap investigation. pic.twitter.com/wiHd8a0vbZ

.@oaklandpoliceca clarify one potential kidnap victim has been located, one suspect in custody. May be more of each. pic.twitter.com/94uf7NhkQi

.@oaklandpoliceca confirm two females kidnapped this morning, one recovered. Will not confirm that they are teens. pic.twitter.com/DbB5Poizag