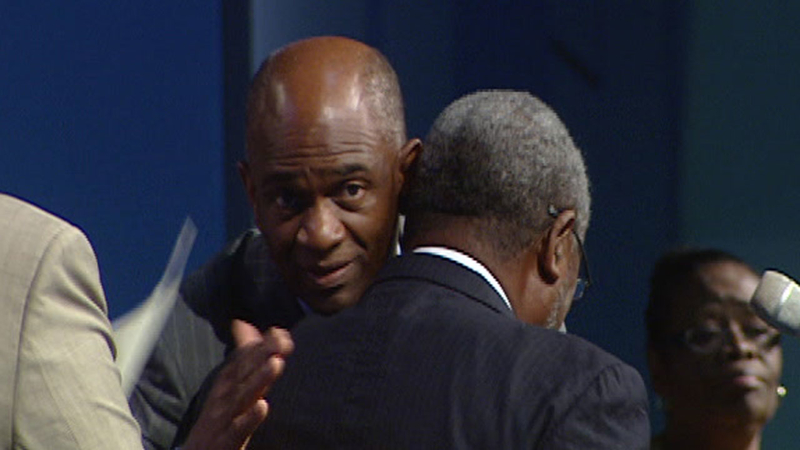 None of the money was ever paid back. Now he and a business partner could be headed for prison in a scheme that seems too good to believe.

In the 1940's, the Chinese government offered bonds for sale.

Back then they might have been worth something, but by 2013, the communists were firmly in control of China and the bonds were worthless.

They allegedly sold nearly $3.5 million worth. Court papers suggest they aren't worth anything.
An indictment and second civil lawsuit filed by the Securities and Exchange Commission allege the pair never paid any investor back, but kept them on the hook with frequent investor calls and promises of pay back.

According to court filings, Caldwell encouraged investors to "remain faithful and that they would receive their money. Caldwell also used religious references to give investors hope they would soon be repaid."

Both men face years in federal prison and could be made to pay back millions and forfeit a home the pastor owns in Houston.

Caldwell once served as one of President George W. Bush's spiritual advisors. He is currently listed as a limited partner with the Houston Texans.

The Texans released the following statement, "We have recently been made aware of a report involving Kirbyjon Caldwell. We are gathering more information and will have no further comment at this time."