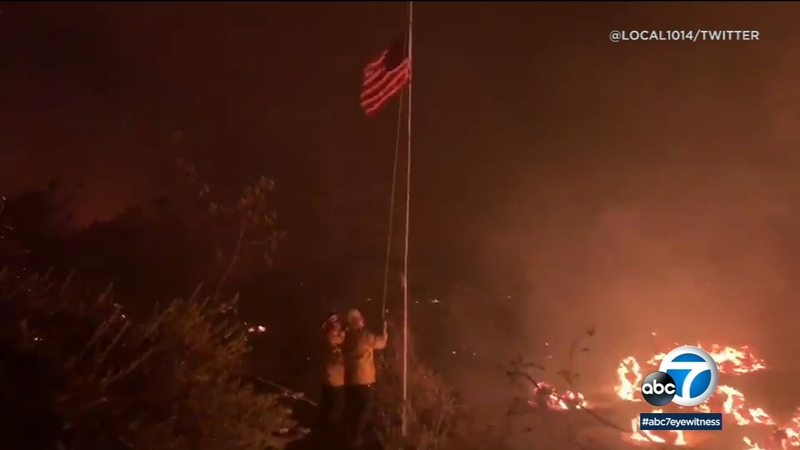 LAKE HUGHES, Calif. -- Despite the hard work ahead of them, some Los Angeles County firefighters put everything aside for a moment to save an American flag from the Lake Fire that erupted in the Angeles National Forest.

The crew from Engine 164 took down the flag which was surrounded by flames and embers that broke out Wednesday afternoon.

The flag pole appeared to be on a property that was destroyed by the blaze the firefighters managed to salvage the flag.

Crews on Thursday were still trying to control the fast-moving brush fire near Lake Hughes that prompted evacuations. The Lake Fire has charred at least 10,500 acres amid hot temperatures across the region.