An off-duty Los Angeles Police Department officer was arrested for allegedly shooting a friend while on a camping trip in Apple Valley.
KABC
By ABC7.com staff 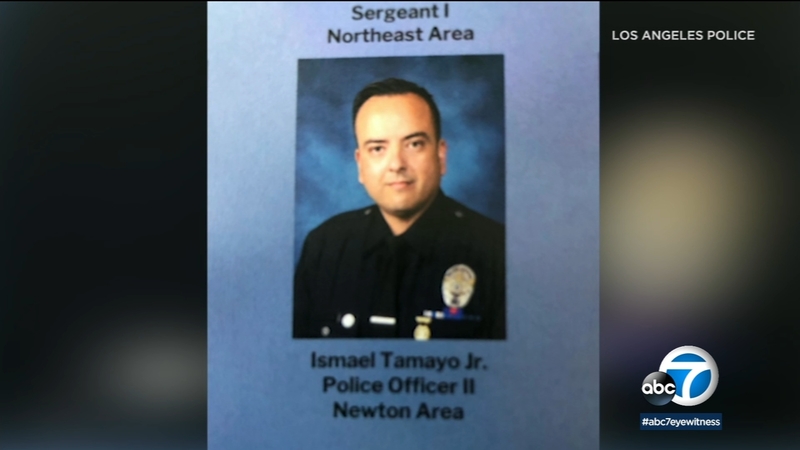 Off-duty LAPD officer arrested in shooting of friend while camping

APPLE VALLEY, Calif. -- An off-duty Los Angeles Police Department officer was arrested for allegedly shooting another officer while on a camping trip in Apple Valley.

At one point, one of the men was shot in the upper body. The 48-year-old man was airlifted to a local trauma center.

The shooting victim is expected to survive.

Sheriff's department detectives identified the suspect in the shooting as Ishmail Tamayo, 44, of Ontario. They confirmed he is an officer with the LAPD and was off-duty at the time.

The LAPD confirmed all three men involved in the incident are officers. Tamayo is an officer assigned to the Newton Division. The victim is an officer who was not identified. The third person present at the camping trip is an off-duty department supervisor, the LAPD said.

Tamayo has been relieved of police powers pending the criminal and administrative investigation.

The exact circumstances of the shooting were not disclosed.

Tamayo was arrested without incident and booked for attempted murder. A firearm was recovered at the scene.

The LAPD said it is cooperating with the sheriff's department in the investigation.