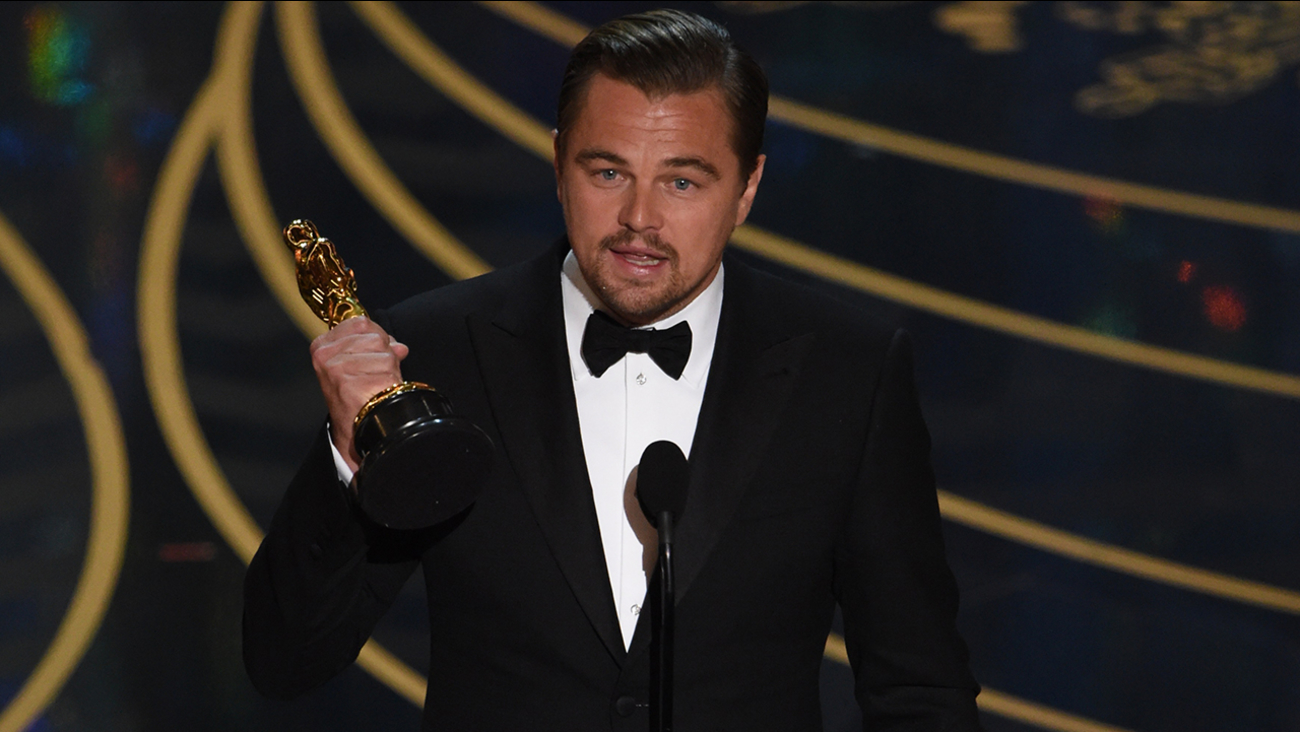 It's official: Leonardo DiCaprio is finally an Oscar winner.

DiCaprio won the award for Best Performance by an Actor in a Leading Role at the Oscars on Sunday for his performance as Hugh Glass in The Revenant. DiCaprio has been nominated for an Oscar six times since 1994, but this is the first time he has ever won.

"I do not take tonight for granted," DiCaprio said in his speech.

Thank you to the Academy and the incredible cast & crew of #TheRevenant. #Oscars

The actor received a standing ovation from his peers at the ceremony and many enthusiastic comments on social media, celebrating the actor's win.