Filmmaker Lex Kennedy on the invisibility of Black transgender men 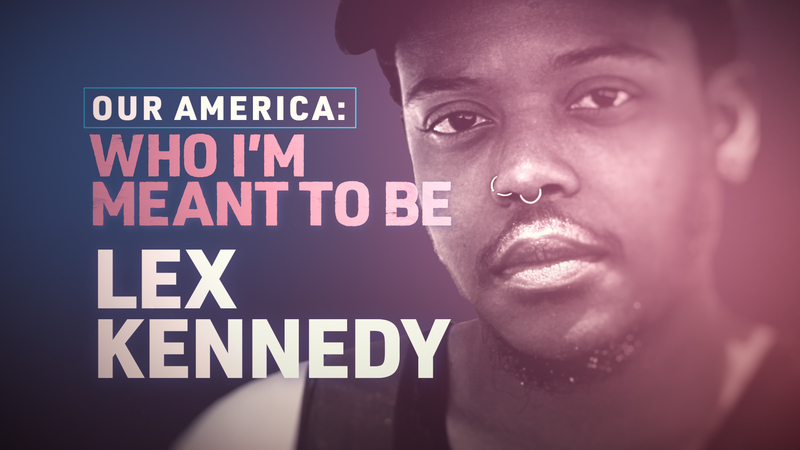 The invisibility of Black transgender men

LOS ANGELES -- Lex Kennedy is a Black transgender man who goes by the pronouns of he, they and "simply Sir." After losing his job due to the COVID-19 pandemic, Lex took the time to focus on taking care of his mental health.

During his unemployment, Kennedy leaned into his passion for owning his own narrative and telling his story because he believes that trans Black men are invisible in the media.

Those resources include access to scheduling a pap smear at an OB-GYN's office. According to the Public Library of Science journal PLOS ONE, "Approximately 1.4 million transgender and gender diverse (TGD) adults in the United States have unique health and health care needs, including anatomy-driven cancer screening." This issue, in addition to so many other barriers and challenges to services the transgender community faces, is one of the reasons why Kennedy believes in the power of telling more trans stories.

Filled with hope and determination, Kennedy has started a crowdfunding campaign to raise funds for his short film "RETROS," which he was hoping would create opportunities for other LGBTQ+ creatives to work on the production.

"I'm going to make it my mission to not only employ queer, trans, nonbinary folks, but also to make sure that I'm paying my people an equitable rate," Kennedy said.

Unfortunately, Kennedy has so far been unable to reach his fundraising goal, leaving him disappointed because he noticed how often trans folks are supported financially for burial costs after they have been murdered.

"After Tony McDade was murdered, his family was able to raise over $250,000 for his burial cost," Kennedy said. "Seeing that GoFundMe get funded so quickly really made me sit and think like, 'Is my life valued? Do I only become valuable in my death?'"

Despite these feelings of indivisibility, Kennedy's resilience in addition to the love and support he receives from his partner, Renee, and his close friends keeps him from giving up on his dream of producing "RETROS," a story about a Black trans man being in a loving relationship.

"I feel like so often trans folks don't get to be seen, loved on, right until our death, and it is important that we are loved on in life," he said.

For Kennedy, there is power in giving trans folks the space and the platform to tell their own stories, and especially in telling stories that represent the full spectrum of their transness in a positive and informative light. Most importantly, Lex's mission is to use the power of storytelling to reflect the love that trans folks need to receive in the here and now -- and not in death.

This Pride Month, we're celebrating members of the transgender community as a part of a special series called Our America: Who I'm Meant to Be. Click here for more stories from your city and around the country.