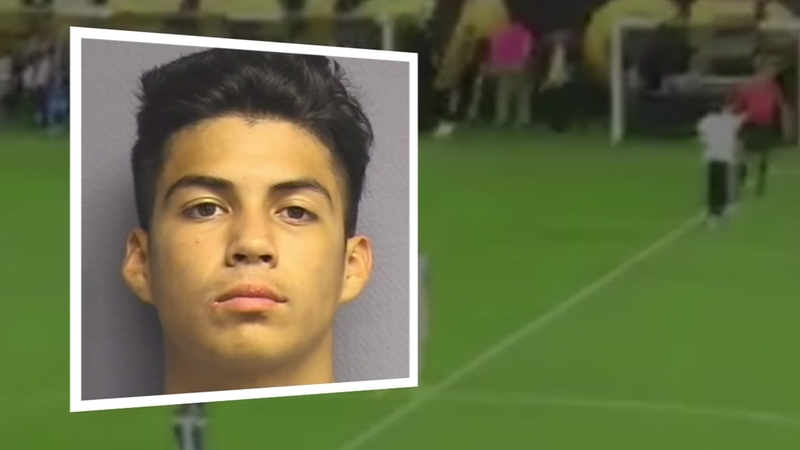 HOUSTON -- The big-time soccer fan who jumped onto the field during Tuesday night's Copa America match between the U.S. and Argentina is heading home to California after spending the night in jail.

Soto says he went to the match with a plan -- one he told everyone except his father. He jumped onto the field at the start of the second half of Argentina's 4-0 win over Team USA.

A fan earned a trip to jail Tuesday when he jumped onto the NRG Stadium field to hug Argentina star Lionel Messi.

Messi is considered the best soccer player in the world. Soto bowed down to him in front of a sold-out NRG crowd before running off and being arrested for trespassing. He also managed to get an autograph and two hugs from him.

"I got to meet the greatest footballer in the world. I got my shirt signed and I got to hug him. For me, that's everything," Soto told Eyewitness News just before he headed to the airport to fly home to the San Diego area.

He now faces a Class B misdemeanor charge and must return for a court setting next week.

The FOX Sports broadcast of the event did not show the interruption.

At 10-teen who jumped onto the field & got arrested at @CA2016 is still giddy about his souvenir #LionelMessi #abc13 pic.twitter.com/i8bGMMqA3b