'She had her whole life ahead of her": Livermore mother heartbroken over teens' suspected overdose death 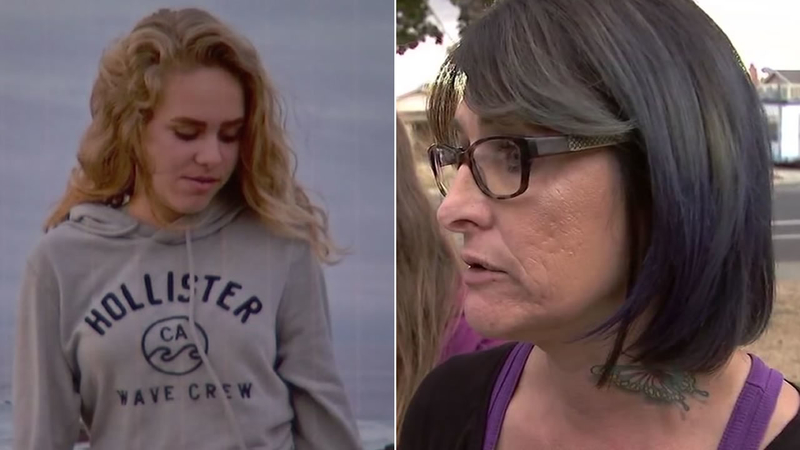 LIVERMORE, Calif. (KGO) -- A Livermore mother is grieving after her 16-year-old daughter died of an apparent opioid overdose Monday.

Krieg said her daughter, Oceana or "Oshi" as she was known to friends and family, was found unresponsive Monday morning. Oshi had a twin sister named Angelina and dreamed of being a cosmetologist like her mom.

Scott Adams, creator of the comic strip Dilbert, says he believes one of the victims they are talking about is his stepson, who was found dead in his bedroom on Sunday.

"We have students at some of our schools that are sad, they're upset, they're in distress. Regardless of the reason, when we have kids at school who need help we give them help," said Philomena Rambo of the Livermore Valley Joint Unified School District.

Police have not released the teens' identities.

When parent Manisha Maheshwari heard the news, she said, "I felt really sad for the kids for what they were going through and the parents and what they are going through now... and just what they must be feeling right now, wondering what could I have done beforehand, was there a way for me to know."

Student Hannah Tavis-Owens knew Oceana. She said she cried for half an hour in the counselor's office when she heard.
"She was a beautiful person outside and inside, caring, and thoughtful. If anyone had a bad day, she dropped everything to make sure they were OK," she said.

RELATED: News anchor reports on her own daughter's overdose death

Livermore police announced the deaths on social media. They said two teenagers died in two days and they suspect they overdosed on opioids, possibly laced with a dangerous synthetic painkiller called fentanyl. Fentanyl is said to be 50 times more powerful than heroin.

Alameda County Sheriff's Sgt Ray Kelly says, "Fentanyl we see being mixed into a bunch of different types of illicit drugs. Not just heroin, but with cocaine and methamphetamine and some other illicit street drugs."

While Krieg prepares to bury her daughter, she gave other parents a warning.