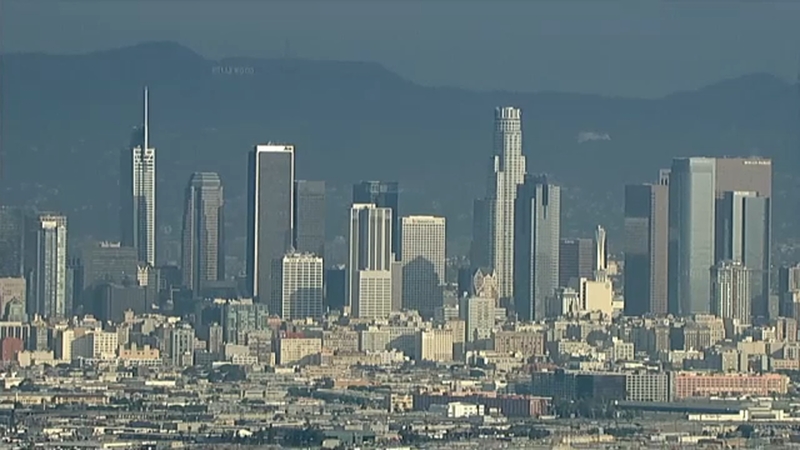 LOS ANGELES -- Los Angeles saw a significant drop in population during the first full year of the pandemic, from mid-2020 to mid-2021, according to the U.S. Census Bureau population estimates released Thursday.


Click here to open this map in a new window.
Like New York, births outnumbered deaths, and there was an increase in international residents. But it wasn't even close enough to overcome the loss of tens of thousands of residents who moved away. L.A.'s population dropped to 13 million residents.


Click here to open this graph in a new window.

The pandemic intensified population trends of migration to the South and West, as well as a slowdown in growth in the biggest cities in the U.S. Experts say the pandemic and housing costs led to the shifts.

Many residents vacated some of the nation's biggest, most densely-populated and costly metropolitan areas in favor of Sunbelt destinations during the first full year of the pandemic. The exodus from the biggest U.S. metropolitan areas was led by New York, which lost almost 328,000 residents.


Click here to open this table in a new window.

The San Francisco area saw a loss of more than 116,000 residents.

On the flip side, the Dallas area grew by more than 97,000 residents, Phoenix jumped by more 78,000 people and greater Houston added 69,000 residents.

Demographer William Frey said he believes the growth of micro areas and decreases in the biggest metros will be temporary, taking place at the height of people moving during the pandemic when work-from-home arrangements freed up workers from having to go to their offices.

"There is clearly a dispersion, but I think it's a blip," said Frey, senior fellow at the Brookings Institution's metropolitan policy program, Brookings Metro. "We're at one of the lowest levels of immigration in a long, long time, and that affects big metros like New York, Los Angeles and Chicago. That is going to come back. With the natural decrease, we will go back to normal."

Between mid-2020 and mid-2021, there was a stark increase in deaths outpacing births across the country. Almost three-quarters of U.S. counties experienced a natural decrease from deaths exceeding births, up from 55.5% in 2020 and 45.5% in 2019. The trend was fueled by the COVID-19 pandemic, as well as fewer births and an aging population.

"You have more older Americans, and birth rates are low so you don't have many children being born, and then along comes COVID, and it hits older adults the most, often in rural areas without access to good health care," said Kenneth Johnson, a senior demographer at the University of New Hampshire. "It's like a perfect storm, if you will, that produced this natural decrease."