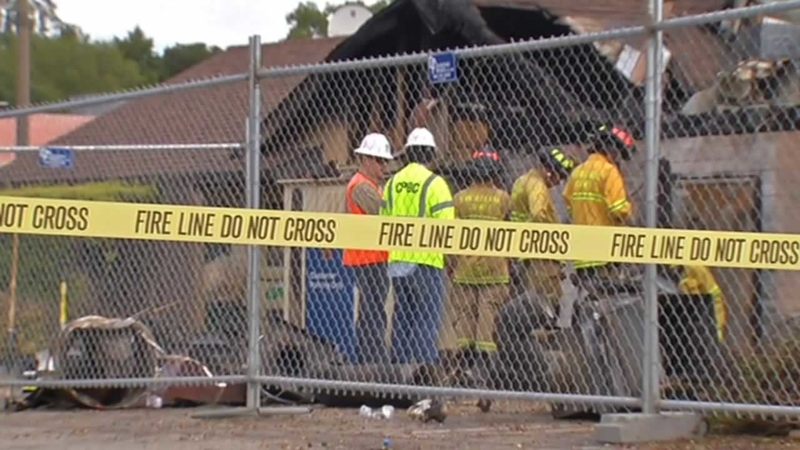 LOS GATOS, Calif. -- A Los Gatos eatery recently honored as among the 100 best wine restaurants in the U.S. was seriously damaged in a fire Monday, three days after it closed down for the Fourth of July holiday weekend, a fire official said.

Manresa, which closed on July 3 and was to reopen Wednesday, sustained structural damage to its attic and ceiling and water and smoke damage throughout its interior, Santa Clara County fire Battalion Chief Kendall Pearson said.

The fire department received a phone call at 3:58 a.m. today from a person who noticed fire coming from the roof of the restaurant at 320 Village Lane, only about 100 yards from the county's fire station on University Avenue, Pearson said.

Firefighters arrived in moments, saw the fire coming from the attic of the building and the response was increased to two alarms, according to Pearson.

Crews then punched holes in the roof and ceiling of the restaurant to get to the flames and had it extinguished in about an hour.

Most of the structural damage was to the attic and rafters above the storage and kitchen areas, Pearson said.

The kitchen was still intact but there was considerable smoke and water damage inside the restaurant. Its owners will have to clean it up, obtain bids from builders, permits from the city of Los Gatos and work with their insurance company, Pearson said.

"That's going to take some time," he said.

Manresa took its usual annual break during the Fourth of July weekend and fire investigators are not yet sure what touched the fire off since the place had been closed for several days, Pearson said.

So far, there is no evidence of arson and the cause might be related to utilities in the building, Pearson said.

Manresa, known for its chef David Kinch, was included recently by the magazine Wine Enthusiast as among the top 100 wine restaurants in the country, according to the magazine's website.

The restaurant has a popular multiple-course chef's tasting menu and a wine list with more than 500 selections, according to the magazine.

Kinch, who wrote a cookbook based on the restaurant's offerings, uses fruits and vegetables grown at Love Apple Farms, a farm built on the side of a mountain in Santa Cruz.