Committee supervisors voted in favor of moving forward with the shelter; proposal now going to full board for final vote
KGO
By Liz Kreutz 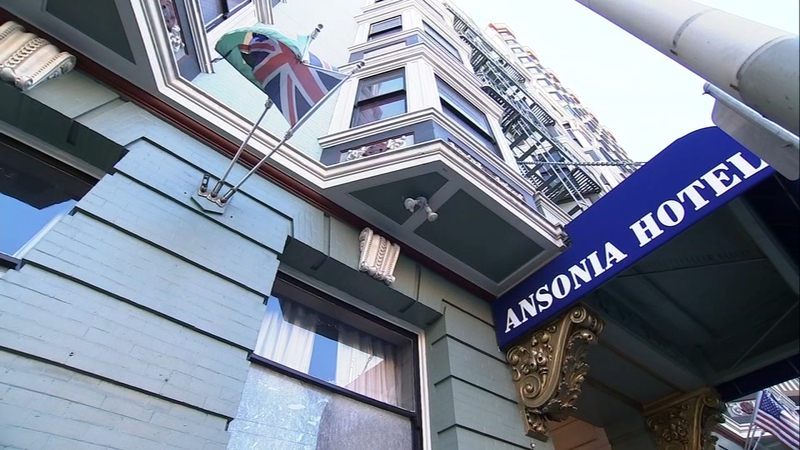 SAN FRANCISCO (KGO) -- A plan to turn a youth hostel into a homeless shelter in San Francisco's Lower Nob Hill got one step closer to becoming a reality on Wednesday despite fierce opposition from neighbors who, among several concerns, say it will bring more homeless people to their neighborhood.

Several members of the Lower Nob Hill Neighborhood Alliance -- a group that formed to push back against the proposal -- called in to the meeting to voice their opposition to the shelter.

Walsh said there are already several other homeless shelters in their district, including many in the vicinity around 711 Post Street, and that the Lower Nob Hill neighborhood is unfairly impacted.

"At some point we have to say, wait a minute, there's a whole big city here," Walsh explained. "And we don't see these kinds of facilities popping up like in lower Nob Hill."

If approved, the homeless shelter would have a maximum capacity of roughly 250 people and would be run by the nonprofit, Urban Alchemy. Supporters say a former youth hostel is an ideal space for a shelter since it's already set up for communal living.

"I would urge us not to lose sight of the scale of this homeless population," said one neighbor who called in in support of the proposal. "We need shelter and support for people in this community who we're currently failing. And delaying is a pretty shameful failing."

District 6 supervisor Matt Haney is among those in favor of the proposal.

"Shelter and transitional housing are solutions to homelessness and right now we don't have enough spots for people," he said at the meeting.

District 3 supervisor Aaron Peskin, who represents the Lower Nob Hill area, joined the meeting on Wednesday even though he is not on the Budget and Finance Committee. He asked his fellow supervisors to delay a vote until some of the concerns can be further investigated and addressed.

"I think it's critical if we are going to succeed in this case to address the crisis of homelessness on our streets, that the city has to perform superlatively," Peskin said. "And if we don't, it is going to make location of these types of facilities in other parts of the city much more difficult."

The committee chose not to delay and voted to move forward with the plan. A city spokesperson for the proposal said Urban Alchemy will ensure there is an onsite case manager 24 hours a day. The shelter will also start at 150 people and scale up slowly over time.

Walsh said she feels their neighborhood is becoming an extension of the Tenderloin. Despite some of their concerns being addressed, she's concerned another shelter of any kind could make it worse.

"The other day there was a woman walking outside our apartment naked, just naked," Walsh described. "There were people across the street having sex in the middle of the day and openly selling drugs."

"That's how our neighborhood is changing," she continued. "That did not happen. This is all new."