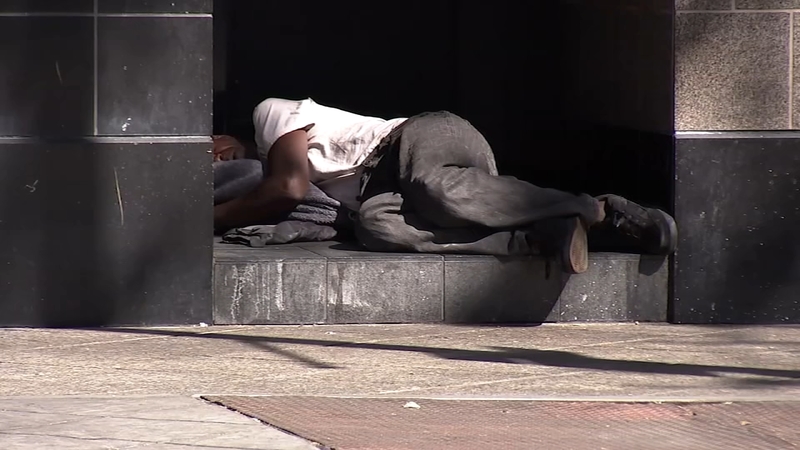 SAN JOSE, Calif. (KGO) -- Advocates for the unhoused population across Santa Clara County fear continued delays of a critical homeless count will impact a clear understanding of the region's crisis.

The county's last PIT count happened back in 2019. Numbers then showed a countywide spike in homelessness of 31% and an increase of 42% in San Jose, up from 2017 data.

"Seeing it postponed is concerning because it makes you go, 'Oh no. We're not cancelling again, are we?'" Shaunn Cartwright with the Unhoused Response Group (URG) told ABC7 News.

Cartwright and her crew have noticed more seniors, more families and more newly unhoused people living on streets across the South Bay.

According to Cartwright, weekly efforts to feed people living on our streets have required far more meals. URG now find themselves handing out meals on two weekdays, rather than just one. In one week, they can give out up to 300 meals.

"Internally, we already have our own PIT count going because we know we have to change our numbers," she explained.

Cartwright said the count is critical and is a requirement for receiving federal homeless assistance funds and more.

Data would assist in getting some much needed help to address what San Jose Mayor Sam Liccardo called the city's "greatest failure" back in December- homelessness.

"I take responsibility for that failure," Mayor Liccardo said during his State of the City address. "And for every unhoused neighbor in camps, in our parks, our creeks and our sidewalks,"

"I totally agree with the mayor. Homelessness is one of his biggest failures. You know, look around," Cartwright shared. "But the problem isn't homelessness, it's a lack of housing."

She said in order to get the resources necessary to address the crisis, the count must happen.

"If we keep putting it off because of COVID, we're never going to get that count," she added. "If we are out there, counting everybody and testing everybody, and perhaps getting everybody their shots, then we will be doing the job we need to be doing."

Bay Area resident Alec Vandenberg said he's volunteered at PIT counts in both Los Angeles and D.C., and understands the census provides more of a baseline.

"On a basic level, it shows that people count- that people matter. And that we need to align our budgets with our values," Vandenberg told ABC7 News. "And the only way that we can do that is by making sure every single member of our community is accounted for."

He said it's known that, "Many folks are just one crisis, one missed rent paycheck, one missed utility paycheck away from having a home and not having a home. And so, I think the pandemic has really opened up everyone's eyes, hopefully, to that- that so many in society are vulnerable without proper supports."

Vandenberg went on to acknowledge, "There's no way we can account for everyone. We know that countless folks sleep in cars, live in doubled up situations. So we know we're only scratching the surface."

Volunteer Rohin Ghosh fears the population may be harder to reach, especially having been pushed in different directions because of sweeps.

"Kicking people out of whatever situation they've been able to make for themselves- to keep themselves safe- in the absence of actual housing resources... displacing those encampments, that doesn't work anywhere," Ghosh told ABC7 News.

"People are getting pushed farther and farther away," Cartwright continued.

"It's a dangerous job, but for many of us, we're out there doing it right now," she said. "We have been on those front lines since March 2020.

There is an online volunteer registration form for February's PIT count, here. ABC7 News reached out to Applied Survey Research and the county for a reason behind the rescheduling.

The county explained it was working to confirm, though an answer was not likely Thursday night.

This article will be updated to reflect new information provided.