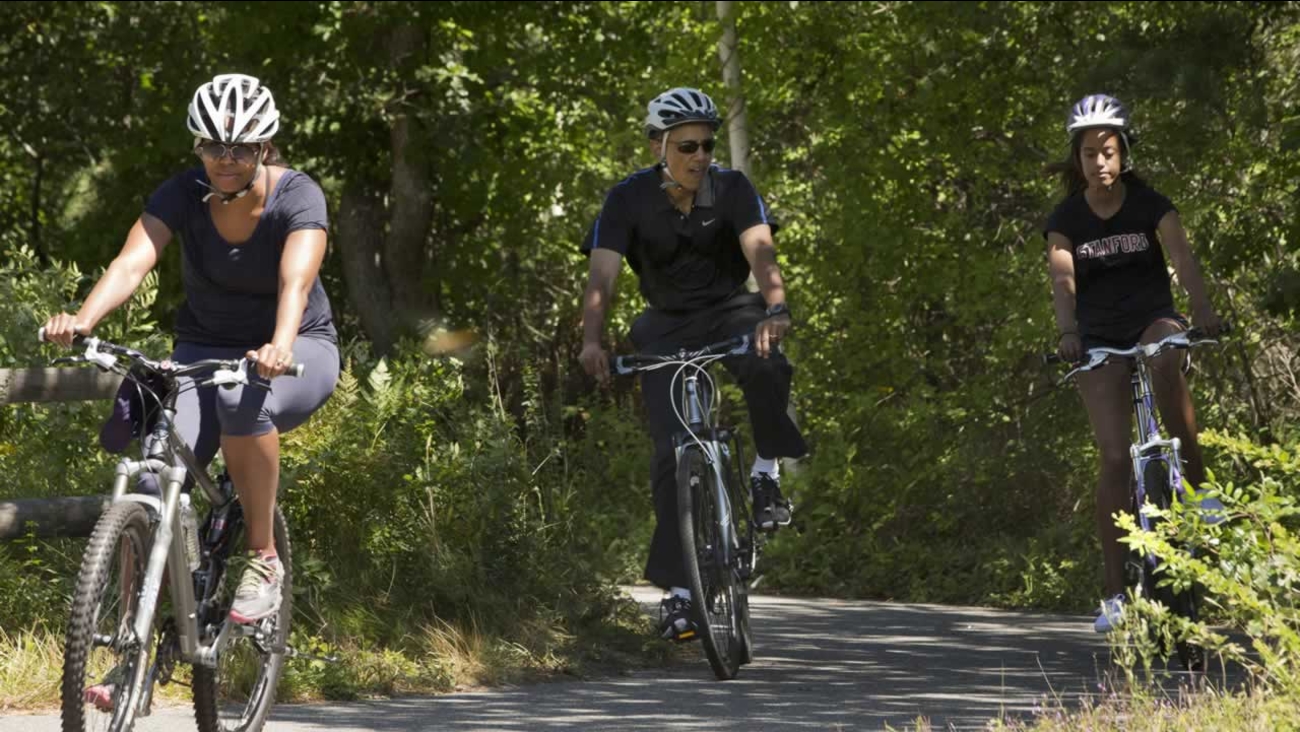 MARTHA'S VINEYARD, Mass. -- One of the first daughters, Malia Obama, will start her junior year of high school in a few weeks, but she may have hinted at possible college choice Friday morning.

ABC News reported that Malia could be seen wearing a Stanford University T-shirt while on a bike ride with her parents in Martha's Vineyard.

Malia has been touring colleges and recently visited both the University of California, Berkeley and Stanford.