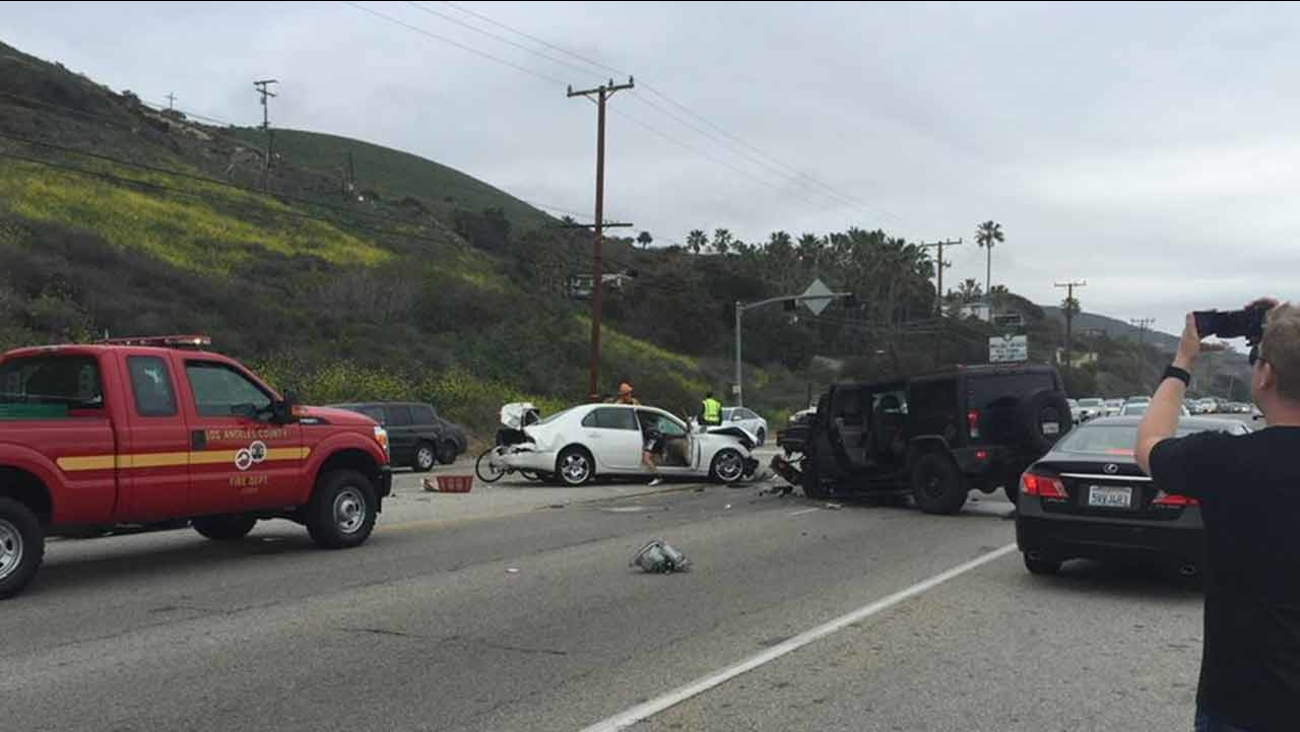 This photo from Twitter user AlohaKendama shows the scene of a fatal car crash in Malibu on Saturday, Feb. 7, 2015. (twitter.com/AlohaKendama)

Authorities said one person was killed and several others were injured in the crash, which occurred in the 26000 block of Pacific Coast Highway near Corral Canyon Road around noon.