7 On Your Side warns of phone scam involving police impersonator 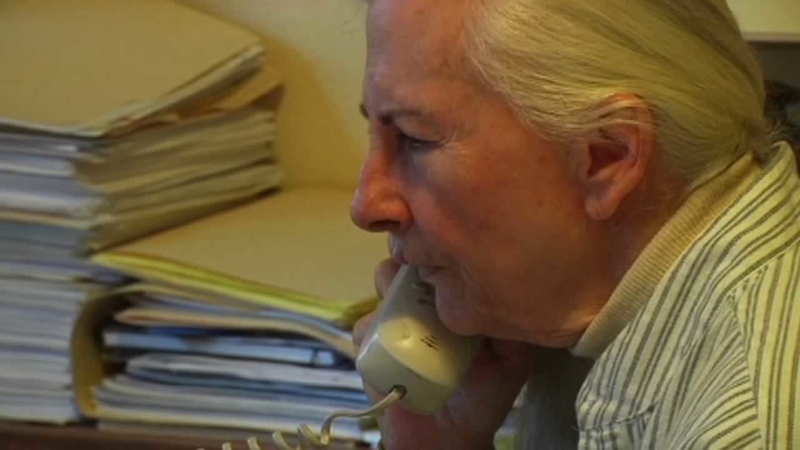 7 On Your Side warns of phone scam involving police impersonator

Law enforcement agencies are warning people about a new version of an old scam that's now hitting the Bay Area.

A Marin County woman fell victim to the scam. Just days before Christmas, a criminal took nearly all of Carolyn Collins' savings. He also scared her terribly. When she realized what happened, she wanted to warn others of what happened.

Collins was in her room at her assisted living home in Marin County when the call came out of the blue. The man on the phone told her she was in deep trouble with the law.

"I was awakened out of a sound sleep," she said. "'I'm a policeman, my name is Zach Miller and you are under arrest. There is a warrant for your arrest now.'"

The man said she failed to show up for jury duty, she had to pay $500 right away or she'd go to jail.

"I was stunned. I believed him. He was a policeman I trust policemen," she said.

The man ordered her to go to the bank, withdraw $500 and load it onto a green-dot money card. So she got dressed and headed out. The man stayed on the line with Collins the whole time as she walked first to the bank and then to CVS to buy the money card.

Collins returned home with the money card, the man still talking in her ear.

"He said, 'Now scrape off the silver lining on the back,'" she said.

She read him the card number on the back. That's when the crook pounced, used the number to pull out all her money. He told her she had to appear before Judge Robertson in courtroom on Tuesday to clear her name.

She was ready to go to court until a friend told her there was no such court, no such policeman. She'd been scammed. Her money gone.

"I've been saving it up. I live on SSI," she said. "I don't have that much money at my fingertips."

Collins contacted 7 On Your Side not to try to get her money back, but to help others.

The takeaway from Collins' experience is to never pay someone you don't know with a pre-paid money card or a wire transfer. Criminals like those payments because they are untraceable. Police and government agencies would never demand immediate payment over the phone and they would never insist you pay with a money card. If you get such a call, it's a scam.
Related topics:
societytheftmoneyscamspolice impersonatorscam targeting seniorsscam7 on your side
Copyright © 2021 KGO-TV. All Rights Reserved.
7 ON YOUR SIDE
Setting up direct deposit for EDD benefits could take years
Supply chain issues mean fewer discounts, products on shelves
1.8M Bay Area drivers aren't insured for flooded cars
How to make the 'Great Resignation' work for you and your career
TOP STORIES
Biden announces deal, seeks votes: 'Let's get this done'
Oakland Unified sets deadline for student vaccine mandate
Hwy 1 closed on Calif. central coast after rockslide
Good Samaritan stabbed while helping senior attacked in SF
Protesters rally in support of In-N-Out after health order violation
Passenger on American Airlines flight punches flight attendant
COVID updates: Muni to suspend some 'short' lines
Show More
FIFA to tour South Bay in region's bid to host 2026 World Cup
American Music Awards nominations: FULL LIST
Brothers describe boy's beating death in their family home
Costco raises minimum wage to $17 an hour
Fatal shooting shuts down westbound I-580 in Oakland, CHP says
More TOP STORIES News