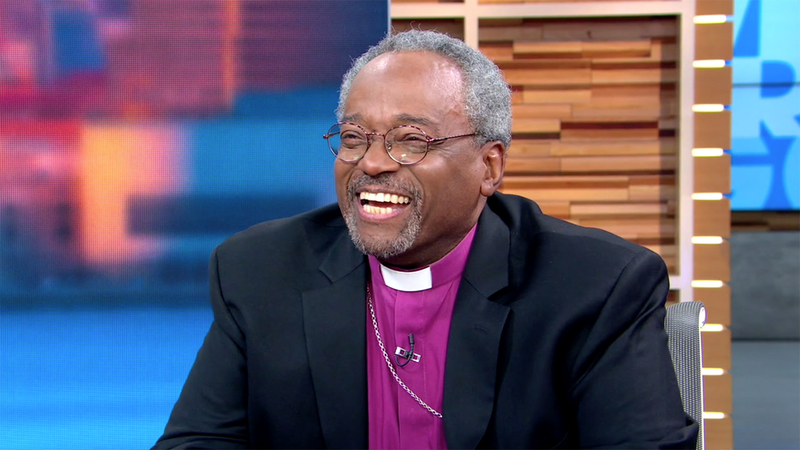 While the world watched the royal matrimony of Prince Harry and Meghan Markle on Saturday, the Most Rev. Michael Bruce Curry became a star after his stirring 14-minute sermon during the ceremony.

Curry, who was born in Chicago and currently based out of New York, is the first black leader of the Episcopal Church in the U.S.

He told Good Morning America's Robin Roberts that he was aware of the gravitas of the moment being the first black preacher at a British royal wedding along with Markle, being an American and biracial daughter of an African-American, marrying into the royal family.

Curry was in disbelief when he was asked to preach at the royal wedding. He joked that he thought it was April Fools' Day when his staff told him.

Since the wedding Curry has been "feeling to the love" from newfound fans, taking selfies with the flight crew on his way back from London and being portrayed on Saturday Night Live.