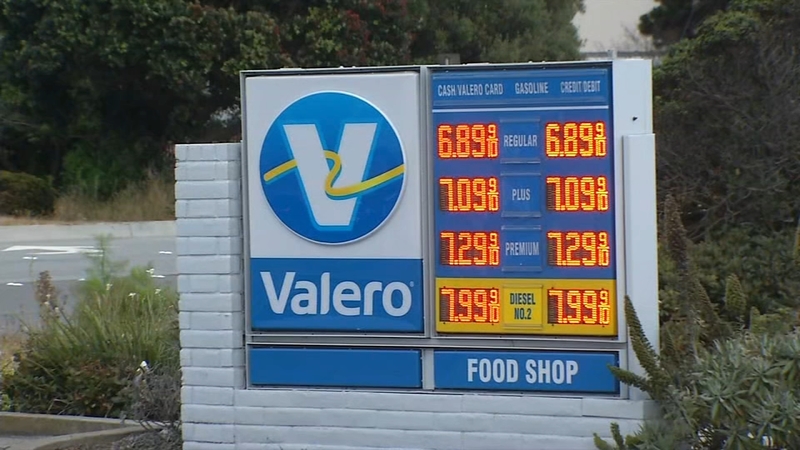 SAN FRANCISCO (KGO) -- The holiday weekend is now in full swing. And people around the Bay Area are taking both to the roads and skies ahead of Memorial Day.

Henderson is the managing editor of news for travel website, The Points Guy.

He says that even though airfares are currently sky-high, travelers are still buying tickets at a rapid pace.

"In general, we've still got so much pent-up demand for the past two-and-a-half years that so far we're not seeing a softening in bookings," Henderson said.

On the roads too, gas prices are sitting at record highs.
According to AAA, California's statewide average is now over $6 a gallon.

Despite the increased cost, Jim Gibbs says he'll still probably head out of town this weekend. But, he tells ABC7 News, that if the high prices continue, he may switch his mode of transportation for future holidays.

"I'm really leaning towards getting an electric car," Gibbs said.

It was a similar story for Andrew Wong, who was filling up his motorcycle at a San Francisco gas station.

"I do have a car but with gas prices being really high. I have an SUV, it's like 17 miles per gallon, this thing gets me much more mileage so much more affordable," Wong said.

Wong says he plans on staying in town this weekend. However, when he does hit the road again this summer, he says he knows he'll have to pay for the experience.