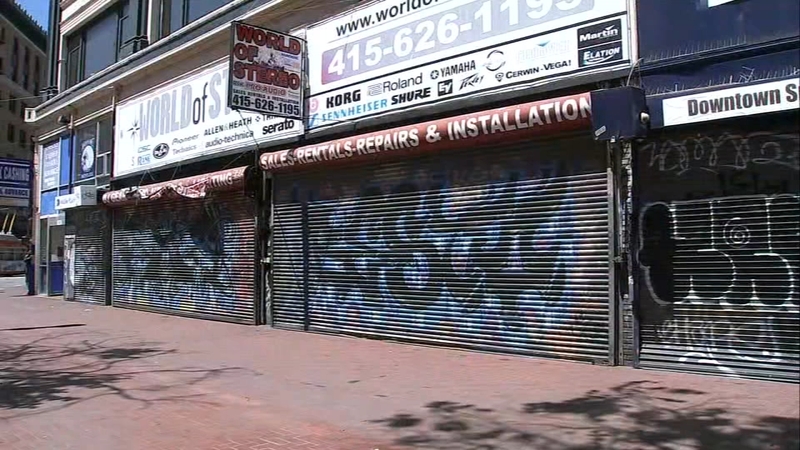 SAN FRANCISCO (KGO) -- One of the areas in San Francisco plagued by drugs and crime is getting some much needed help. Mayor London Breed announced that beginning tomorrow the Mid-Market area will have a larger police presence followed by more community ambassadors.

The area which includes the Mid-Market, UN Plaza and the Tenderloin has been hit hard by the pandemic.

As COVID-19 spread throughout San Francisco, many large businesses and their employees left the Mid-Market area leaving behind those who had no other option but to live and deal on these empty streets.

There's no sugarcoating it.

A number of crimes committed against Asian Americans has given people the perception that the area is not safe. But as businesses start to think about reopening, safety they insist, has to be a priority.

Steven Gibson is with the Mid-Market Business Association.

"A lot of businesses are not yet open so they are just beginning to think about opening. The question is will customers come unless they feel safe and comfortable," said Gibson.

Smaller businesses that are barely surviving welcomed the plan.

Just as important are the community ambassadors from Urban Alchemy. More of them will begin connecting people with needed services.

"We need to see something done to keep the area clean and clear, and people want to see many of those people who struggled with addiction get the help they need," added Mayor Breed.

This is Supervisor Matt Haney's district.

"On its own, just the policing I think won't be enough, but the foot patrol, the community policing, that approach is the best way to do policing," Haney explained.

The mayor said there is money in the budget now to begin funding the program which will also count on dollars from the private sector.