The victim tells ABC7 News the beating was so bad, he lost consciousness. He now wants to move out of state.
KGO
By J.R. Stone 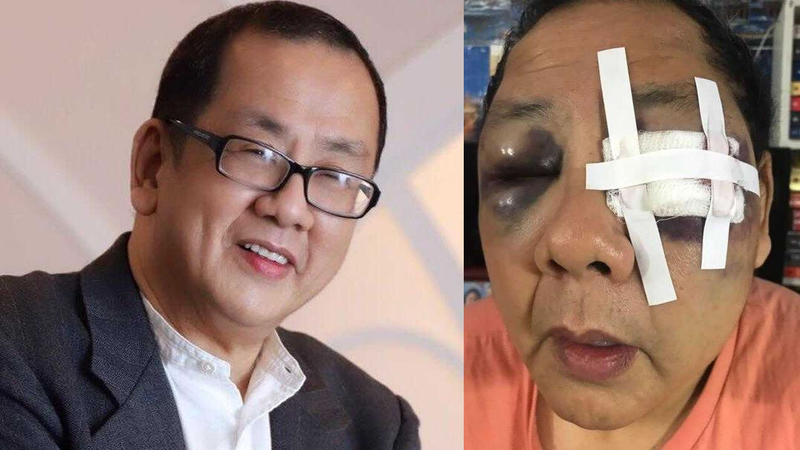 SAN FRANCISCO (KGO) -- We're learning about yet another attack on an Asian American in San Francisco. The East Bay victim, who was on a lunch break at work in the Financial District, is speaking out, saying the violence needs to stop and he no longer feels safe going to San Francisco.

Late Tuesday, police confirmed they have arrested 32-year-old Jorge Davis Milton in connection with this attack and another case where someone was stabbed in the face in San Francisco's Mission District. Milton has no home address and faces multiple felony charges.

"Somebody pushed me from the back and started hitting me and I lose consciousness and when I wake up I'm all bloodied up," says 59-year-old Danilo Yu Chang, whose eyes are bruised and swollen shut after being attacked. Chang is describing what happened near 3rd and Market Street in San Francisco.

"I've got two black eyes but my vision has come back on the right side but the left is still...I cannot see from the left," says Chang who went on to tell us, "they didn't take anything, everything is with me, I didn't lose anything."

While Chang believes he was targeted for being a Chinese Filipino man, police say there is "nothing to indicate that the incident was motivated by bias," telling us they believe the suspect was involved in the stabbing case too.

The Market Street attack happened Monday afternoon and was the first day Chang, a travel agent commuting from outside the city, was back at work since the start of the pandemic.

Oakland's newest police chief announced Monday that an arrest has been made after a 91-year-old man was violently shoved in Chinatown.

Chang says he now fears San Francisco and is going to try to move near family in Indiana or Nevada.

There is a GoFundMe to help Chang pay for medical expenses. You can contribute here.

San Francisco police say the two incidents started on Monday around 1:30 p.m. when officers responded to 16th and Mission Streets regarding a stabbing. They found a 64-year-old man suffering from a wound to his cheek. Police say he was taken to the hospital with life-threatening injuries.

Officers eventually determined that the "suspect cut the victim's face with a knife and knocked him to ground."

The suspect then fled into the 16th and Mission BART Station.

An Asian gas station owner is speaking out after an explosive, racially-charged confrontation at his store in Oakland.

About 30 minutes later, police say a 59-year-old Vallejo resident was walking on the 600 block of Market Street when he was assaulted.

That victim was Danilo Yu Chang.

Chang sustained head injuries and did not know what had happened to him. A witness told officers that the suspect ran up to the victim and punched him in the head multiple times, causing him to fall to the ground where he laid motionless.

Police say the suspect fled the scene on a Muni bus.

"Using images caught on surveillance video and descriptions provided by witnesses, SFPD investigators determined that the same suspect was responsible for both unprovoked attacks," police said in a statement.

Crime Alert Bulletins were circulated with the police department.

The next morning, Tuesday morning around 9:30 a.m., officers found a man who matched the suspect's description.

Just days after new safety efforts were launched in San Francisco's Chinatown, video is surfacing of a shocking attack targeting an older man in a laundromat on the Nob Hill/Chinatown border.

Police say "the officers detained the subject and, through the course of an investigation, developed probable cause to arrest him for both incidents."

Thirty-two-year-old Jorge Devis-Milton was arrested on the following charges: