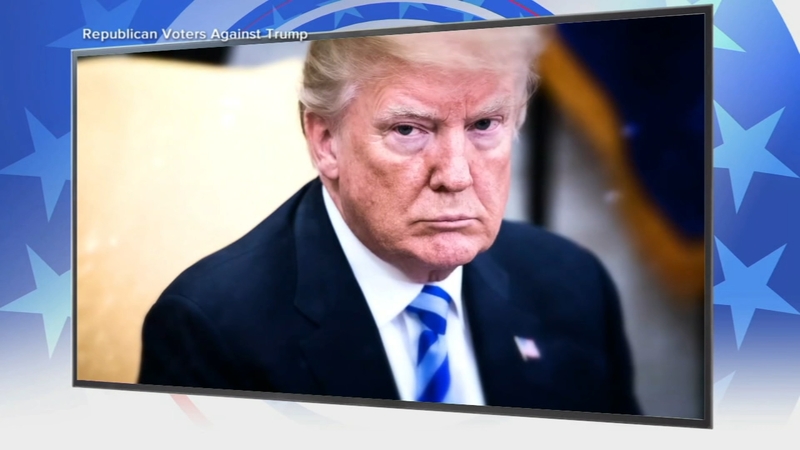 WASHINGTON -- A lifelong Republican and former chief of staff at the Department of Homeland Security is now the highest ranking former Trump administration official to come out formally against the president's re-election.

"Given what I've experienced in the administration, I have to support Joe Biden for president," Miles Taylor said in a video posted and produced by the group Republican Voters Against Trump. "And even though I'm not a Democrat, even though I disagree on key issues, I'm confident that Joe Biden will protect the country, and I'm confident he won't make the same mistakes as this president."

Taylor served as former DHS Secretary Kirstjen Nielsen's chief of staff from 2017-2019. He said what he saw on a day-to-day basis "terrified" him.

He said President Donald Trump was "unfocused and undisciplined," and he repeatedly exploited the department serve his own political agenda.

Taylor said Trump even tried to cut off funding to deal with wildfires in California because the state is run by Democrats.

"He told us to stop giving money to people whose houses had burned down from a wildfire because he was so rageful that people in the state of California didn't support him, and that politically it wasn't a base for him," Taylor said in the video.

White House spokesman Judd Deere said in a statement that Taylor is "another creature of the DC swamp who never understood the importance of the President's agenda or why the American people elected him and clearly just wants to cash-in."

Taylor shot back during an interview with Good Morning America saying that speaking out against Trump will not profit him financially in any way, but it does make him feel like he's doing the right thing as an American citizen.
"This has to do about being honest about the president and putting country before party," Taylor said.

NEW: Testimonial ad from Trump's Former DHS Chief of Staff @MilesTaylorUSA, declaring his support for Joe Biden and describing Trump's presidency as "terrifying" and "actively doing damage to our security."

"I'll tell you this: The president has not heard the last of us," Taylor said on GMA.

Taylor vowed that more administration officials will come out in the coming days and months to criticize the president and his leadership.