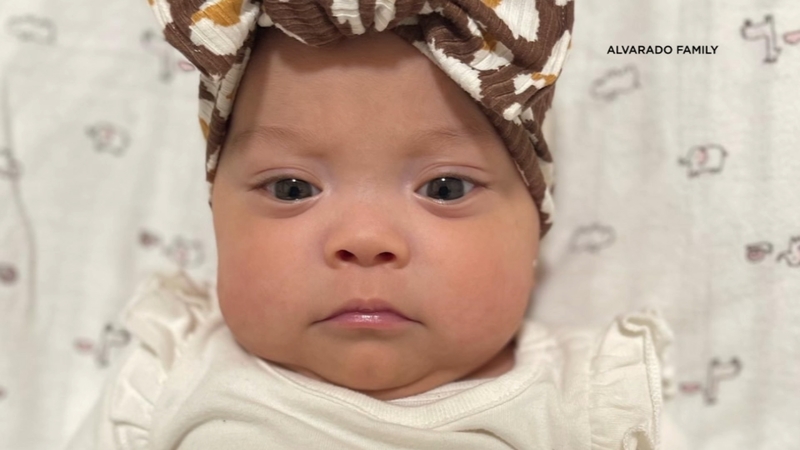 SAN LEANDRO, Calif. -- Valentina Alvarado, a premature baby who weighed only one pound, four ounces at birth, has not only survived but thrived and was able to go home with her parents to Castro Valley in January.

Gaby Alvarado, the baby's mother, was only five and a half months pregnant when Valentina was born Sept. 4, 2021 at the Kaiser Permanente San Leandro Medical Center. Baby Valentina's chances of survival were slim, but now, at six months of age, she is 22 inches long and weighs almost 11 pounds.

"She is honestly just a little miracle," Gaby said at a news conference with her husband Jesus held online by Kaiser Permanente Saturday. "If she can fight this hard for her life and overcome so much when she is so small, there is nothing the rest of us can't do."

A Phoenix baby weighing less than one pound when she was born, nearly five months ago, got to sleep at home for the first time Monday night.

"A whole team wants to see the success of all our babies and particularly one that is vulnerable," said Kaiser Neonatologist Dr. Ashvin Sangoram at the press conference.

Gestational ages of 22 and 23 weeks are considered the lowest gestational weeks. Baby Valentina was born at 23 weeks.

A study of 10,877 babies born between 2013 and 2018 that appeared in the Jan. 18 Journal of the American Medical Association concluded that with active treatment, 55% of the babies included in the study who were born at 23 weeks survived.