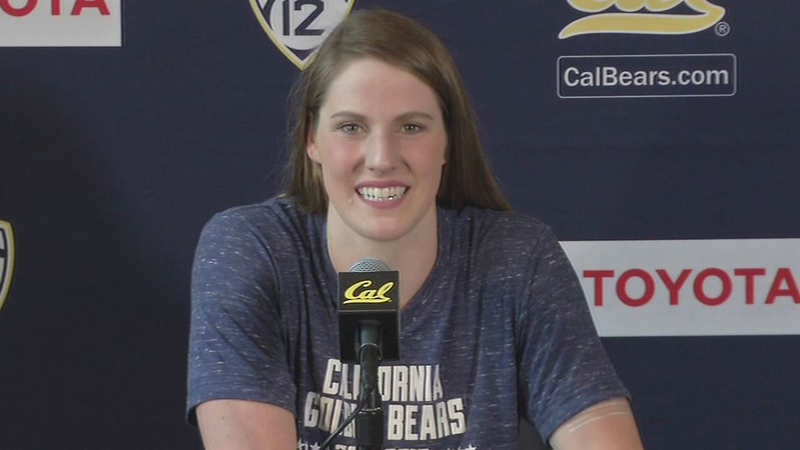 BERKELEY, Calif. (KGO) -- Olympic champion Missy Franklin will compete in the PAC 12 and NCAA championships, ending her two-year run at Cal after the season. Then, she'll concentrate on the 2016 Olympic Games in Rio de Janeiro. We took a look at Franklin's quest for more gold.

Franklin was the darling of the 2012 Summer Olympics winning four gold medals and also won nine golds at the World Championships. She's spent the last two years at Cal and will turn pro after the season. I asked her Tuesday if her experience in Berkeley was all she had expected.

By turning pro, she can now accept prize money, sponsorships and endorsements to help fund her training for the 2016 Olympic Games.

"This way I'll be able to start my job and start my career and really start saving the money that is going to sustain for me and hopefully my future family for a while," Franklin said.

Franklin has not had much time between school and swimming to get nostalgic, but it finally hit her this past weekend.

"I think on Saturday, our dual meet with Stanford, was just awesome. It was really the first time where it was like, 'Oh my gosh, this is my last dual meet.' It was a very emotional day on Saturday," Franklin recalled.

Cal's Teri McKeever coached Franklin for the past two years and in the 2012 Olympic Games.

Franklin is so upbeat in everything she does, it had to be a treat to be her mentor.

"She has definitely a way of seeing the positive out of everything. If you can, not only approach her athletics, but approach her life like that, that's an amazing gift," McKeever said.

When asked if she could come back to get her degree at Cal, Franklin replied, "One-hundred percent, absolutely. I don't care if it takes me 20 years, I will get my degree from Cal."