SOLANO COUNTY, Calif. (KGO) -- All day on Monday there was a fierce battle against a wildfire in Solano County. The Sky Fire in the Mix Canyon Road burned at least 150 acres and was 25 percent contained by the afternoon.

By Monday evening fire crews gained the upper hand, but weren't ready to claim victory due to the unpredictable winds and dry conditions.

Early morning gusts whipped up the flames in Mix Canyon, north of Vacaville and there were about 25 homes threatened.

Susan Goodwyn's home was one of those homes threatened by the blaze. She struggled trying to decide whether to evacuate her nine llamas. She says it's not a fun task since they can be pretty stubborn about getting into a trailer.

As the flames inched closer to the homes nestled in the canyon, Cal Fire air tankers and helicopters hammered the flames from above, while engine companies from all over the Bay Area pitched in to contain it.

Mix Canyon resident Tom Dougherty said the fire "got pretty big and burned down the canyon... And it looked like that had it out, then the winds picked back up and it went back up the canyon."

The unpredictable delta winds blow in off the ocean during the early evening. The same winds reached 20 mph on the 4th of July and stoked another Vacaville wildfire that burned 320 acres and threatened 300 homes there.

Dan Laird from the U.S. Forest Service said, "The crews are working on containment. It's close to being contained but not quite yet because of the winds, and we're a little concerned there."

Luckily, the fierce winds never arrived Monday evening and fire crews were able to gain control. The cause of this 150 acre blaze was traced back to this truck which caught fire and ignited the grass and trees around it. 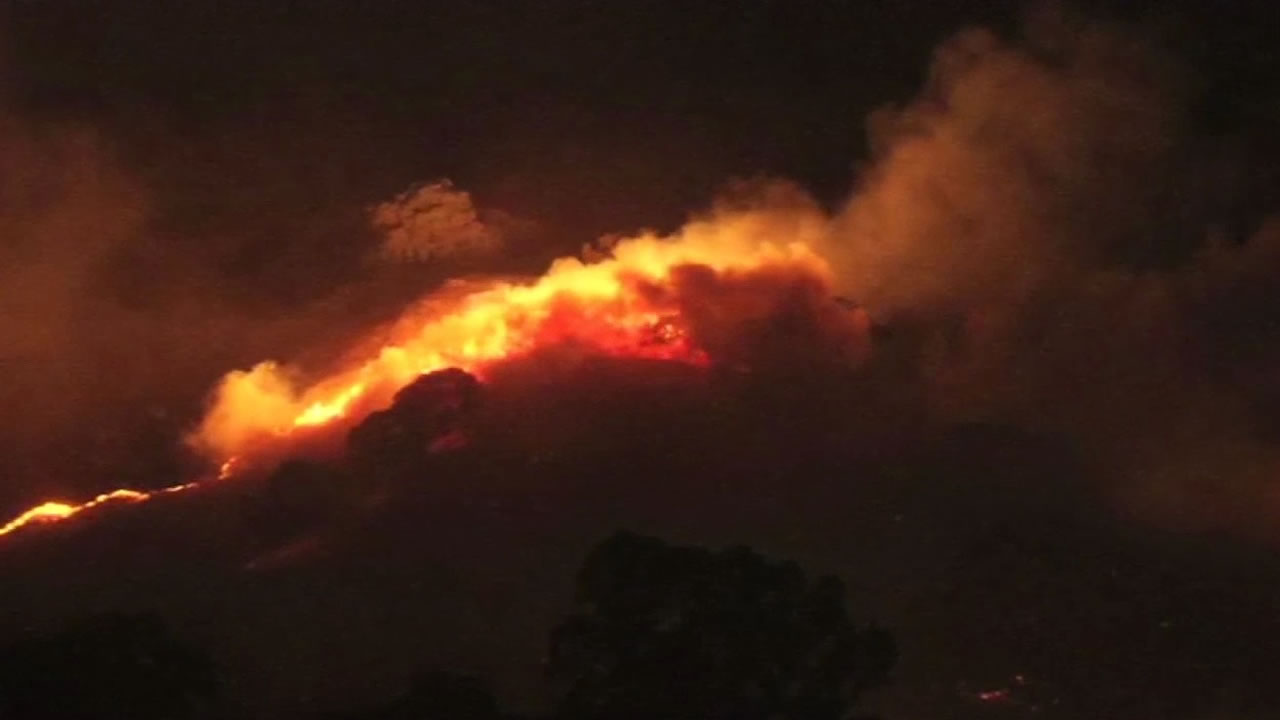