Mohammed Nuru arrested for allegedly pulling knife on someone, trying to steal chips 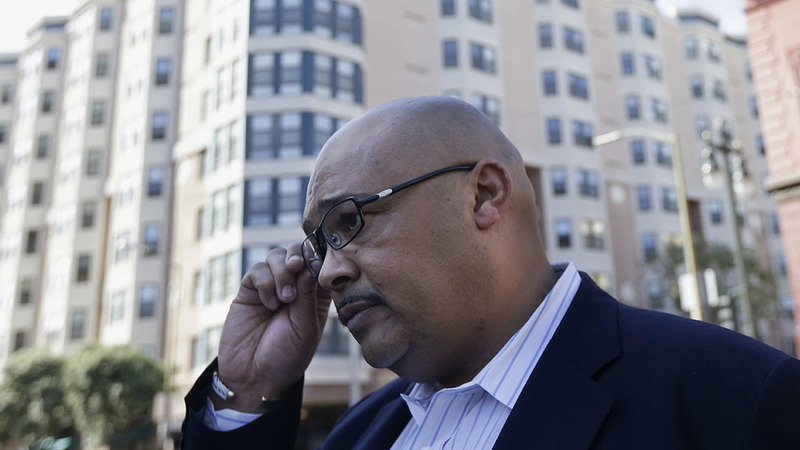 SAN FRANCISCO (KGO) -- The former San Francisco public works director Mohammed Nuru was arrested Wednesday, but it's not in connection to his ongoing corruption case. San Francisco police say Nuru was taken into custody and booked for attempted robbery after allegedly brandishing a knife at the San Francisco-Marin Food Bank in the Dogpatch neighborhood Wednesday.

Nuru also tried to steal a bag of potato chips, sources said, but then said he was kidding.

Nuru is a longtime volunteer at the food bank, said the organization's communications manager Keely Hopkins. He was there working with volunteers when the incident occurred, around 11:15 a.m.

According to Hopkins, there was someone eating potato chips in the break room when Nuru approached with a kitchen knife, like the ones they use at the food bank. The person felt threatened and called the police, she said.

Hopkins said no one was hurt and the other volunteers were sent home. No one else witnessed the incident, Hopkins said.

SFPD's robbery unit is leading the investigation, the department said.

Nuru has been under investigation for corruption charges since 2020. The FBI arrested the former public works director and restaurateur Nick Bovis in January 2020, saying the men schemed in 2018 to bribe a San Francisco airport commissioner for prime restaurant space at San Francisco International Airport. The commissioner did not take the $5,000 bribe.

The U.S. attorney's office for Northern California says the two participated in a scheme "to defraud the public of its right to the honest services of a public official through bribery or kickbacks" in violation of their duty.

In May 2020, Bovis agreed to cooperate with a federal investigation and to plead guilty to honest services wire fraud and wire fraud charges.

Officials say Bovis faces a maximum statutory penalty of 20 years in prison and a $250,000 fine for each count to which he has agreed to plead guilty. In addition, the court may order additional terms of supervised release and restitution.

Correction: This story originally reported the incident occurred at the San Francisco-Marin Food Bank's Potrero Hill location. It has been corrected to say the arrest occurred at the food bank's Dogpatch site.