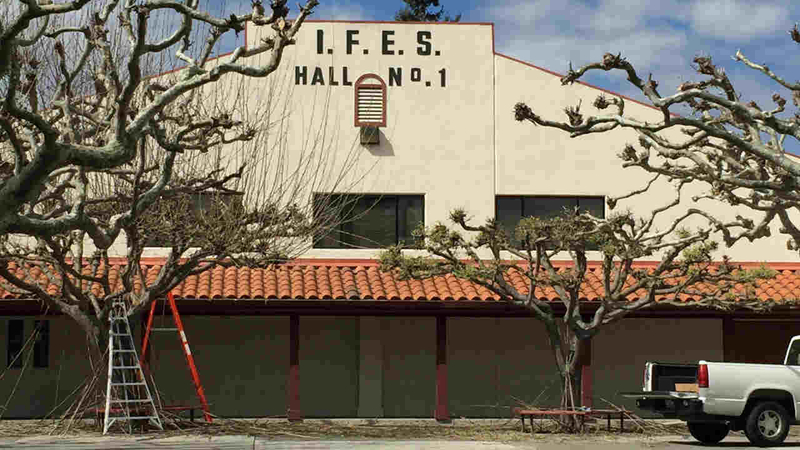 MOUNTAIN VIEW, Calif. (KGO) -- About two dozen police officers will be assigned to Tuesday evening's scheduled appearance by the outspoken conservative commentator Ann Coulter at a private meeting hall in Mountain View. It will be her first speech in the Bay Area since planned protests caused her appearance to be cancelled at U.C. Berkeley last April. The sold-out appearance Tuesday is sponsored by the Liberty Forum of Silicon Valley.

Joel Fine, the president of the non-partisan conservative group, says he expects Coulter to speak about President Trump's accomplishments and what lies ahead. The evening begins with a 6:15 p.m. reception, following by Coulter's speech at 7pm, which is expected to just under an hour.

Mountain View Police public information officer Katie Nelson told ABC7 News that there has been little chatter in social media about any gatherings of protesters or supporters.


The venue, the IFES Hall, is private, and the public sidewalk is separated from the hall by a large parking lot. Police said they have designated a free speech zone if anyone chooses to exercise their right to free speech. No parking signs have already been posted along Stierlin Road with parking prohibited from 2pm to 10pm on Tuesday. Road closures are also planned to restrict access strictly to neighborhood residents and event ticket holders. Private security is also planned.

No parking signs have already been put up and traffic restrictions are planned for tomorrow evening’s appearance by #anncoulter at the IFES Hall on Stierlin Road in Mountain View. What organizers believe she may talk about at 4pm & 6pm @abc7newsbayarea #abc7now pic.twitter.com/SX5DFjHnDB

Inside the hall, folding metal seats already are set up to accommodate 600 people. Several long serving tables have been set up at the back of the hall for the pre-speech reception. Ann Coulter will speak from a stage spanning the width of the hall.

Mountain View's Katie Nelson says her agency has consulted with other police departments to plan ahead for security. If there is any attempted disruption, Nelson said the status of the event will be determined by "a collective discussion between the police department, the event planners and Ann Coulter's team to see whether or not something like that would continue." Nelson did not have details on the cost of security or how it will be covered.

The Liberty Forum has existed for 15 years in Silicon Valley and holds monthly meetings with guest speakers. This could be its largest turnout ever. It was formerly known as the Conservative Forum of Silicon Valley.

The Forum's president, Joel Fine, is expecting a quiet, respectful event in Silicon Valley. He said that the Berkeley protests last spring were organized by people who "are violently opposed to allowing people that they disagree with to speak, so they aren't afraid to use violence as a means to that end."