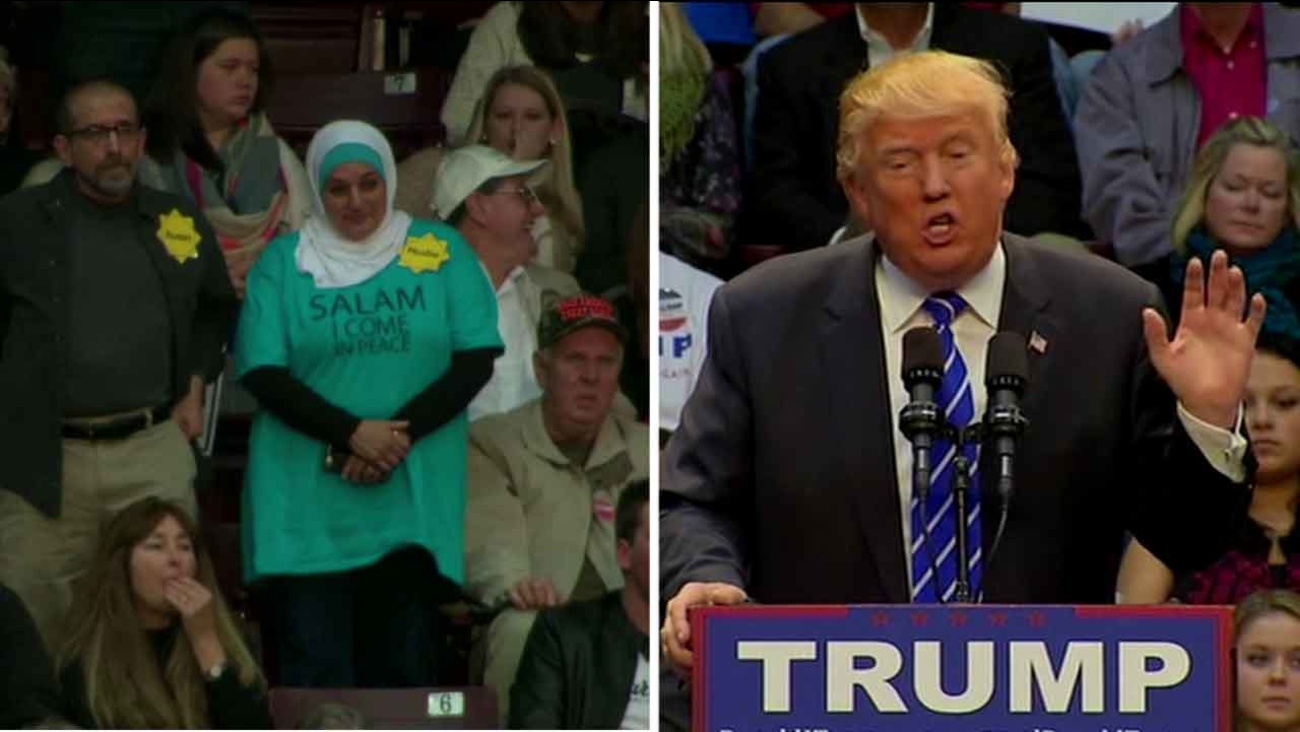 Rose Hamid (Left) in silent protest as Donald Trump (Right) suggested Syrian refugees were affiliated with ISIS during a rally on Friday, Jan. 8, 2016.

Rock Hill, S.C. -- A Muslim woman wearing a hijab was escorted out of Donald Trump's campaign rally Friday night in South Carolina after she stood up in silent protest.

Trump was suggesting that Syrian refugees were affiliated with ISIS. In response, his supporters stood and cheered his remarks as 56-year-old Rose Hamid stood motionless, saying nothing.

Hamid, who was wearing a shirt that read, "Salam, I come in peace," was then escorted out of the rally by police.

The standing ovation for Trump continued for over a minute as police escorted the woman out.

It all happened behind Trump, and he did not appear to know what was going on.

In video of Hamid being escorted out, a man holding a "Stands with Trump" sign blocks her path up the stairs and holds his thumb down towards her.

An officer can then be seen motioning for the man to move out of her way. Hamid said people booed her and made derogatory comments towards her.

"They just get riled up in the hate mongering and they don't even know what they're saying," Hamid said following the rally. "I don't think that even he believes in the rhetoric that he's spewing. I think that he is saying that stuff to get attention and to get his numbers up."