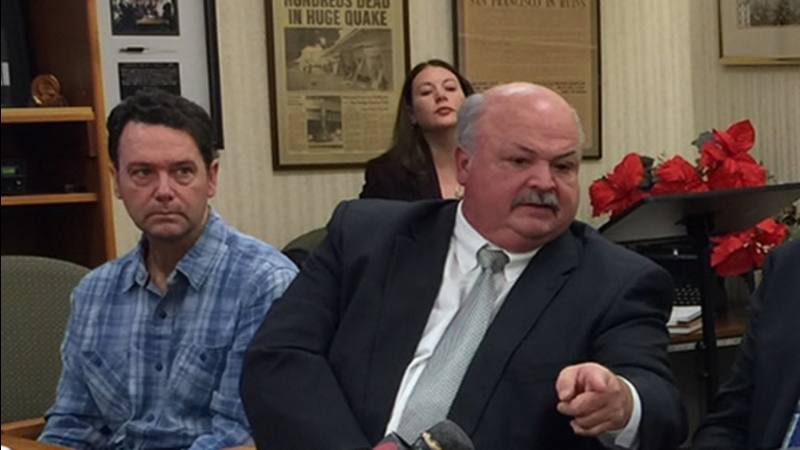 Four Northern California law firms have filed a victims' negligence suit against PG&E for "causing or contributing to" the North Bay fires that claimed 43 lives, displaced an estimated 100,000 people, burned or damaged 200,000 acres, and destroyed or damaged about 8,000 structures.

The suit was filed on behalf of a Gregory and Christina Wilson, who survived the Tubbs Fire by submerging themselves in their backyard pool for three hours as it swept across their Mark Springs Road area home. The Santa Rosa couple suffered smoke inhalation and burn injuries and spent 10 days in intensive care.

The 50-page lawsuit asserts that PG&E had an inadequate vegetation management program and had procedures in place to allow reclosers (a circuit breaking type device) to reset several times after tripped in order to restore electric service. Other utilities in Southern California do not allow this because of the potential of setting or exacerbating wildfires.

Gregory told ABC7 News that he wants PG&E to change its practices and to prevent such a catastrophe from ever happening again. He spoke at hushed volume with difficulty, which he attributes to the hours of exposure to the fire and smoke.

PG&E declined a request for an on-camera interview, but instead issued a statement that reads in part: "We are aware that lawsuits have been filed. There has been no determination on the cause of the fires. We're focused on doing everything we can to help these communities rebuild and recover."

ABC7 News photographers documented how PG&E crews were at the burn zone, as conditions allowed.

The victims' attorneys would like access to what PG&E and what CalFire investigators know. In seeking transparency, Pitre says this calamity was "foreseeable, predictable and preventable."