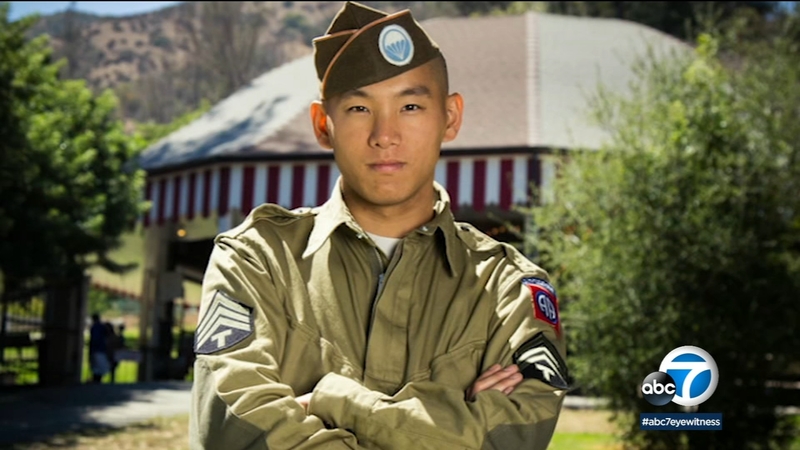 LOS ANGELES -- Authorities took an armed man into custody Monday night in downtown Los Angeles after he tried to pose as a member of the National Guard.

Sources tell ABC7 in Los Angeles that Gregory Wong, 31, dressed in attire similar to a National Guard uniform and took an Uber to downtown while carrying an assault rifle.

He then fell into formation with real National Guard troops who have been brought in to help maintain order during some of the looting that has occurred near otherwise-peaceful protests.

Some of the other National Guard troops noticed him and called over Los Angeles Police Department officers.

Wong was arrested around 1:30 a.m. Tuesday for manufacturing or distribution of an assault weapon.

Sources say Wong is a former member of the National Guard.

His rifle was a "ghost gun" - a homemade weapon without a serial number.

Gov. Gavin Newsom has said he has mobilized at least 4,500 National Guard troops across the state, concentrated in Southern California, to help keep the peace as thousands of people protest the death of George Floyd.

Most of the events themselves have been peaceful, but at times looters have taken advantage of the large crowds to hit stores in the area. Some protests have also seen some incidents of violence, rock throwing and fires.

In Los Angeles, for the most part National Guard troops have been used to secure locations, while local police officers remain at the front lines of controlling crowds.

Take a look at the latest stories and videos about the investigation into George Floyd's death in Minneapolis and protests across the U.S.RELATED STORIES & VIDEOS: