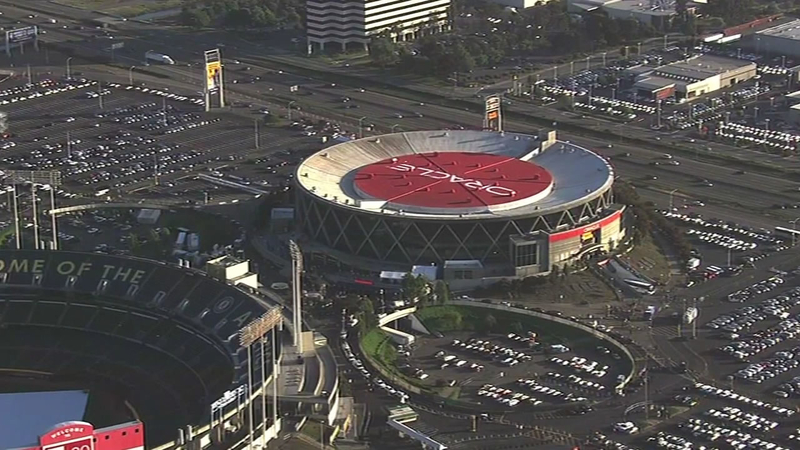 OAKLAND, Calif. (KGO) -- After a controversial LGBT law was passed in North Carolina there's now a push to move next year's NBA All-Star game from Charlotte to the Bay Area.

"73 wins, it's a beautiful time and it's a time to say we stand for justice and inclusion," Kaplan said. "We do have those dates available so we'd love to have the All-Star game here."

Six U.S. senators wrote a letter to the NBA commissioner Thursday and the NBA will be talking about it with team owners at tomorrow's board of governor's meeting.

Kaplan is poised to make her pitch to the NBA. "An area with a long history of promoting diversity and inclusion with a large community of LGBT people, as well as people who stand up for justice and equality," Kaplan said.

Kaplan says Oakland is the anecdote to North Carolina. The state is under fire, after passing a law that limits protections for LGBT people.

The chair of Oakland pride says Kaplan is on point. "I implore NBA representatives and anybody who wants to know if Oakland is a city that's diverse to come to Oakland Pride on Sept. 11, because they will see, beyond a doubt, that we are the city they should be in," said Oakland resident Amber Todd.

A managing partner at Tribune Tavern says bring it on. "Pulling the All-Star game here just gives us more exposure and it's definitely a good thing for the city," said Rob Soviero.

One Warriors fan used to work at Oracle and says he was constantly reminded of the last time the arena hosted the All-Star game. "There's a banner there and I always looked at it, we still have that banner that was in 2000, says All-Stars 2000. That was such a long time ago."