Oscars 2019: Should Netflix movies be eligible for Oscars? Steven Spielberg speaks out against streaming movies 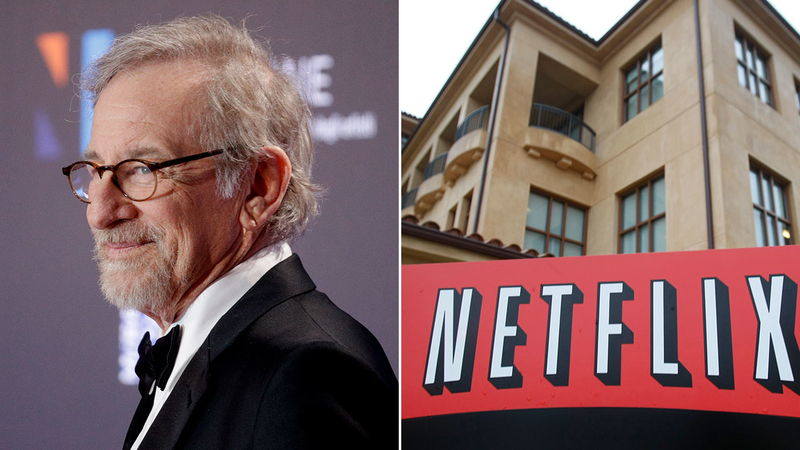 Spielberg speaks out against streaming movies

Should movies primarily produced for streaming services be considered for Hollywood's biggest film awards? It's a debate that has been waged for years, and famed director Steven Spielberg has made it clear where he falls.

"I love television ... but there's nothing like going to a big, dark theater and having the experience wash over you," he told an audience at this weekend's Cinema Audio Society Awards. "I'm a firm believer that movie theaters need to be around forever."

The comments come as Roma marches toward Oscar Sunday as a Best Picture frontrunner. The film is the first produced by Netflix ever to enter the coveted category.

SEE ALSO: Everything to know about Roma, which could become the first foreign-language Best Picture

Though it is available on Netflix, the film did have a limited release in theaters. Netflix has not released official box-office numbers, so it's unknown exactly how many people saw the film in theaters.

This is not the first time prolific filmmaker Spielberg has spoken out against awarding streaming-service movies as cinema. Last March, he told ITV News that he thinks such films should be recognized with Emmys, not Oscars.

"I don't believe that films that are given token qualifications in a couple of theaters for less than a week should qualify for the Academy Award nomination," he said. "Once you commit to a television format, you're a TV movie."

Among the multitude of qualifications to be considered for the Oscars, a film must run in a commercial movie theater in Los Angeles County for at least a week.

Spielberg, who has won three competitive Oscars and racked up many more nominations, is not nominated for an award himself this year. A film he directed, Ready Player One, is up for Best Visual Effects.