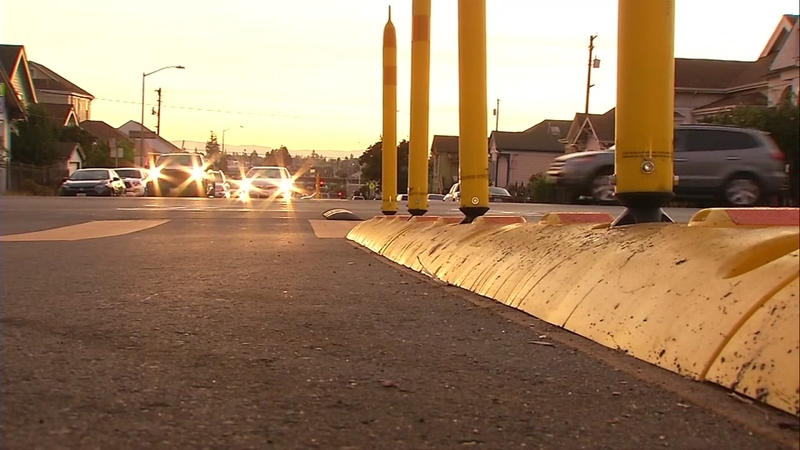 OAKLAND, Calif. (KGO) -- After an Oakland woman was killed and her young niece injured in a hit and run accident, there are new efforts to make a dangerous intersection safer. It's one way the community is Building a Better Bay Area.

Neighbors say the intersection at 22nd Avenue and Foothill Boulevard is too dangerous. It's where a hit and run driver killed Huong Truong last month as she crossed with her four year-old niece who was injured. The crosswalk is next to Garfield Elementary.

Last April, six-year-old Angel Garcia Vasquez and his mother Alma were killed as they crossed Foothill and 26th Avenue. The suspected hit and run driver was later arrested.

"It's grief and love to the families who were impacted," said Oakland City Council member Nikki Fortunado Bas.

Councilmember Bas says new safety improvements have been made at 22nd and Foothill, rubber curb barriers and vertical plastic poles. An effort to slow cars down.

"This has been proven in places like New York to slow cars down so you can't speed, cut a corner and hurt someone," Bas added.

Blocks away on 26th Avenue, Oakland's Transportation Department has installed a pedestrian island surrounded by posts. Some neighbors aren't convinced it will work.

Speed humps have also been added near Garfield Elementary, some cars were slowing down but not all.

The added improvements likely not perfect, but could be a safe start.