1 of 5 Possible Explosives Detonated in NJ 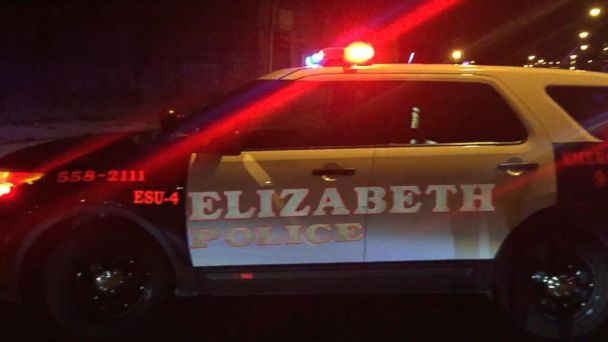 FBI agents surrounded a house in Elizabeth, New Jersey early Monday after a backpack was discovered the previous night with five possible explosive devices in the same town.

Earlier Monday, just after midnight, an explosive device detonated during a police attempt to disarm it after a bomb squad was called in, in the third New York City area incident involving what appear to be improvised bombs.

A call came into Elizabeth authorities at 8:47 p.m. after two men found a suspicious backpack in a garbage can, mayor Chris Bollwage said in a press conference. The men took it around the corner thinking there was something of value in it, but notified police when they saw wires and a pipe inside the bag. Police immediately brought in the bomb squad.

Authorities recovered five devices in the backpack, one of which exploded during an attempt to disarm it using a robot.

"There was a suspicious package with multiple improvised explosive devices this evening at the Elizabeth Train Station in NJ. Bomb techs from the FBI, Union County, and the New Jersey State Police have arrived on the scene and are now rendering the area safe," the FBI said in a statement. "In the course of rendering one of the devices safe, it detonated. There are no injuries & law enforcement personnel are at the scene processing evidence."

The mayor tweeted that there was no threat to public safety. Authorities continued to work on disarming the other devices.

Amtrak partially suspended its service in the area due to police activity, the company said in a statement. "Our customers are safe and trains have been brought into stations to allow passengers to disembark and seek alternate transportation. Amtrak apologizes for the inconvenience and will resume service as soon as it is safe to do so. No Amtrak trains are operating on the Northeast Corridor between New York and Trenton, NJ for the time."
Related topics:
abc newsnational
Copyright © 2020 ABC News Internet Ventures.
More Videos
From CNN Newsource affiliates
TOP STORIES
PG&E Power Shutoffs: Outages to begin Sunday afternoon in Bay Area