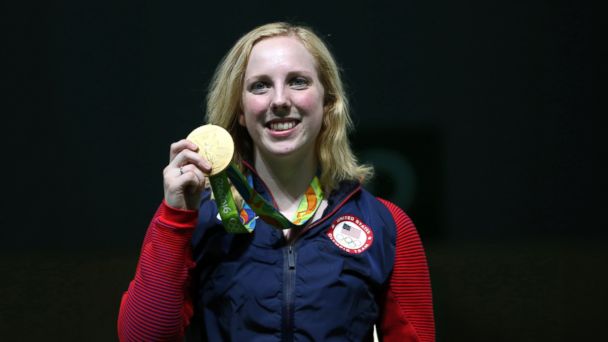 Thrasher scored 10.5 on her first shot of the final elimination round and 10.4 on her second, which put her comfortably ahead of Du, a two-time gold medalist.

As a student at West Virginia University, Thrasher became the first freshman rifle shooter to win both individual NCAA titles and to earn a spot in the Rio Games less than a month later.