Everything You Need to Know About the Inauguration 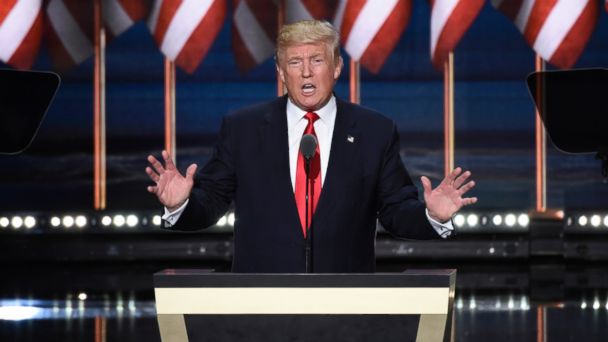 The countdown clock on the White House transition is winding down as specifics about Donald Trump's inauguration are being finalized.

Here is everything to know about Inauguration Day:

Easy Pick of a Theme

The Trump team announced that it's going to stick with the campaign slogan that helped get the real estate developer elected, saying that "Make America Great Again" will be the inaugural theme.

"The theme is very simple," Trump inauguration Chairman Tom Barrack told ABC News. "The idea is to have a cross cut of harmony of America and normal Americans that reflects on them, not on the power and prestige of this man."

In 2009, "A New Birth of Freedom" was the theme for President Obama's first inauguration, and "Faith in America's Future" in 2013.

Picking Up on the 'Sensuality' of the Scene

In an update on the plan for Inauguration day, Barrack said that the focus of the ceremony will be less on Trump himself and more "on the place, on the people."

"We're fortunate in that we have the greatest celebrity in the world, which is the president-elect, side by side is the current president ... So, what we've done instead of trying to surround him with what people consider A-Listers is we are going to surround him with the soft sensuality of the place. It's a much more poetic cadence than having a circus-like celebration that's a coronation. That's the way this president-elect wanted it," Barrack told reporters on Jan. 10.

Trump is mostly "abiding by tradition, especially in the swearing in ceremony," Barrack said.

Barrack said that Trump and his wife have been invited to the White House for coffee or tea before the inauguration ceremony, and then the outgoing and incoming first couples will travel to the Capitol together.

"They'll go to the White House, invited for coffee or tea, they'll spend an half an hour there or so, and then they'll go together," Barrack said.

Some of the most basic logistics of the inauguration are set forth by the 20th Amendment of the Constitution.

The official transfer of power happens at noon Jan. 20, which falls on a Friday this time around.

Inauguration Day is a federal holiday in Washington, D.C., and parts of nearby Maryland and Virginia, but only for people who are regularly scheduled to work on that day. D.C. public schools have off that day, as do local colleges in the area, including Georgetown University, George Washington University, Catholic University of America and American University. They have cancelled classes that day. Howard University has not listed the inauguration as a school holiday on its academic calendar.

One of the inaugural traditions is that the outgoing president accompanies his successor to the Capitol, and that is expected to happen again this year. President Obama has said he will escort Trump and he will watch him take the oath of office, then the Obamas will leave on Marine One.

Another tradition, though not required by the Constitution, is the use of a Bible for the swearing-in.

Trump will be sworn in using two Bibles - the Bible his mother gave him on his Sunday school graduation in 1955 and the same Bible President Lincoln used at his first inauguration. Lincoln's Bible was also used at Obama's 2009 and 2013 inaugurations. As tradition, Chief Justice John Roberts will administer the oath of office to Trump.

Pence will be sworn in by Supreme Court Justice Clarence Thomas and he'll use Ronald Reagan's Bible.

In an interview with Fox News that aired Wednesday, Jan 18, Trump revealed the first line in his big speech.

"The first line is thanking everybody, all of the presidents," Trump said.

Incoming press secretary Sean Spicer told reporters Wednesday Jan. 18 that Trump wrote the speech himself, with guidance from senior staff, and he continues to update the draft.

"It's very personal to him," Spicer said.

For preparation, Trump has watched previous inaugural speeches to get a sense of historical lengths and styles. Trump's speech will be around 20 minutes, according to Spicer.

"The election's behind us and he wants to continue to talk about issues and areas where he can unite the country, bring us together as one country and restore pride in our nation and putting more Americans back to work," Spicer said on a call last Friday with reporters on the transition process. "You continue to hear those themes echoed and it will be very visionary and lay out where he wants to take this country and the role that he sees every American playing in making the country better."

A Trump transition source told ABC News that Trump has been practicing his speech using a teleprompter, from a presidential podium in New York.

After Trump and Pence are sworn-in, they'll be treated to a three-course lunch at the Capitol with their families, congressional leaders and members of the Joint Congressional Committee on Inaugural Ceremonies.

They'll be dining on Maine lobster and gulf shrimp for the first course, grilled angus beef with potato gratin for the main course, and chocolate souffle and cherry vanilla ice cream for dessert.

On Thursday, Jan. 19, Trump and Pence will attend a wreath laying ceremony at Arlington National Cemetery and then the "Make America Great Again! Welcome Celebration" at the Lincoln Memorial.

The celebration will include performances from 3 Doors Down and Toby Keith and ends with a fireworks show.

A "National Prayer Service" is set to be held at Washington National Cathedral on Saturday, Jan. 21.

Breakdown of the Inaugural Balls

While the main inauguration ceremony itself takes place during the day, the focus of much attention are the various balls hosted in the new president's honor.

Trump's team is bucking with tradition, however, and dramatically cutting the number of inaugural balls.

"The balls are kind of a confusing quagmire because the states themselves have their own celebratory events," Barrack said. "We'll have basically three balls. Two in the [Washington] Convention Center, one called the Commander in Chief ball, which is a traditional military ball. And then we'll have a series of private dinners."

"This is a workman-like inaugural. This is not a coronation," inaugural committee spokesman Boris Epshteyn said. "And you've seen some inaugurals in the past that maybe did seem like a coronation. Again, it's every president's choice. This president wants to get to work."

Jackie Evancho first rose to fame as a 10-year-old runner-up on "America's Got Talent." Now, the Pittsburgh native, 16, is about to take one of the world's biggest stages, singing the national anthem at Trump's inauguration next month.

While it may be her first time singing in front of Trump, it isn't the first time she's met him: a photo of Evancho and Trump at Mar-a-Lago was posted on her official Facebook page in 2011.

After "America's Got Talent," Evancho was invited by Obama to perform at the White House for the national Christmas tree lighting ceremony. Evancho also sang for Pope Francis during his visit to the United States and was the youngest person ever to give a solo concert at Lincoln Center in New York City.

Inaugural Committee Chairman Barrack and spokesman Epshteyn have denied recent reports that the inaugural committee was struggling to find A-list talent for performances during the day's festivities.

There is a bipartisan history of bringing in big stars to add some entertainment to inaugurations.

Aretha Franklin and cellist Yo-Yo Ma performed at Obama's first inauguration and Beyonce serenaded the Obamas as they danced at the first ball they attended in 2009. At his second inaugural, Beyonce sang the national anthem and Kelly Clarkson sang "My Country, 'Tis of Thee."

George W. Bush held a concert with Ricky Martin, Jessica Simpson and 98 Degrees at a pre-inauguration event. Fleetwood Mac made a rare reunion performance at one of Bill Clinton's first inaugural balls after he had dubbed their hit "Don't Stop" his campaign song.

The Presidential Inaugural Committee has confirmed to ABC News that the Mormon Tabernacle Choir has accepted an invitation to sing at the swearing-in ceremony during the inauguration.

According to a post on the choir's website, this will be the sixth time that the choir has performed at an inauguration.

"Singing the music of America is one of the things we do best. We are honored to be able to serve our country by providing music for the inauguration of our next president," Ron Jarrett, president of the Mormon Tabernacle Choir, said in the statement on their site.

The Rockettes will perform at the official inaugural balls, the Presidential Inaugural Committee announced in a statement Jan. 18, but the announcement has been denounced by critics and dancers alike.

One current Rockette wrote in a since-deleted Instagram post that she was "embarrassed and disappointed" that the group would perform for a man who "stands for everything we're against." Others who oppose the booking have encouraged people to lodge complaints with Madison Square Garden Company, owner of the Rockettes, and the American Guild of Variety Artists, which represents the dancers.

One singer has backed out of Trump's inaugural festivities. A day after it was announced she would be singing at Trump's Make America Great Again! Welcome concert, Jennifer Holliday dropped out of the performance, citing backlash from the LGBT community.

Though she won't officially move to D.C. immediately after the inauguration, future first lady Melania Trump will also play a prominent role in the festivities.

"She's a full part in the victory celebration for the president-elect and she's an essential part of not only his marriage, but as his wife and his platform," Barrack, the committee chairman, said. "So she will be visible and prominent and very dominant in things she is going to take responsibility for. And I'm going to let that be a surprise."

According to the Capital Weather Gang and the Weather Channel, there will be rain. But at least it will be a rather warm day in the upper 40s.

Umbrellas are prohibited from the National Mall and other official Inaugural events, according to the Presidential Inaugural Committee's site.