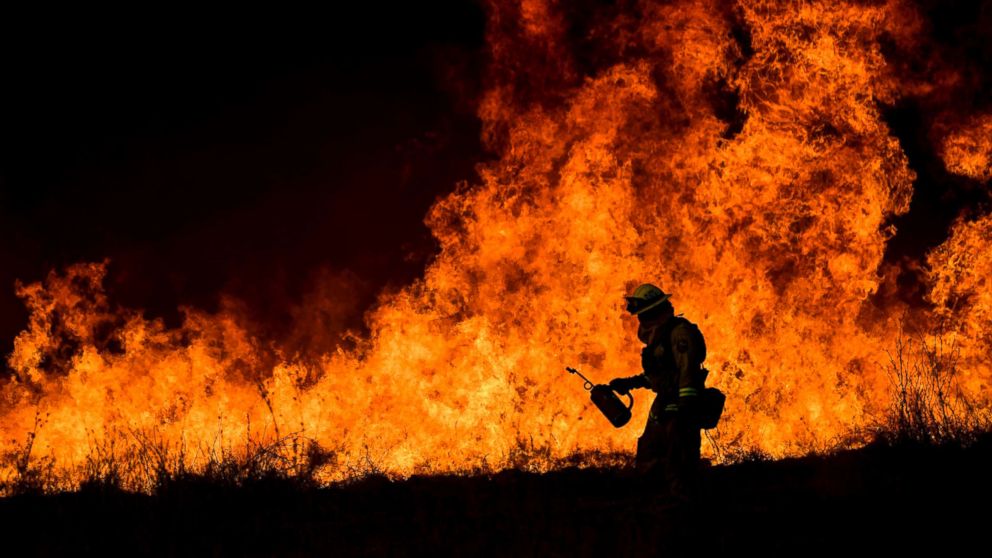 A California firefighter has died while battling the Thomas fire that is threatening the Golden State's Ventura and Santa Barbara counties, officials said.

The firefighter was an engineer with the California Department of Forestry and Fire Protection from San Diego, said Cal Fire director Chief Ken Pimlott in a press release Thursday.

Authorities identified him as Cory Iverson, 32, of Escondido, California, and said he had a 2-year-old daughter and his wife, Ashley, is currently pregnant.

He was an eight-year-veteran for Cal Fire.

Tony Mecham of Cal Fire San Diego said he had "very limited" details on how he died, but said he was "outside the fire engine" at the time of the accident. Mecham said Iverson and his five-firefighter strike team were engaged with a very active part of the fire near Fillmore, California, when the accident occurred.

"... [P]lease join me in keeping our fallen firefighter and his loved ones in your prayers all the responders on the front lines in your thoughts as they continue to work under extremely challenging conditions," Pimlott said.

"Anne and I are saddened by Engineer Cory Iverson's tragic death," California Gov. Jerry Brown said in a statement, also passing along the condolence of his wife. "His bravery and years of committed service to the people of California will never be forgotten."

As many as six wildfires were blazing through California's arid landscape last week. The Thomas fire, the largest of them, began as a 50-acre brush fire in the foothills of Santa Paula on Dec. 4, officials said.