Inside the Benghazi Committee Report 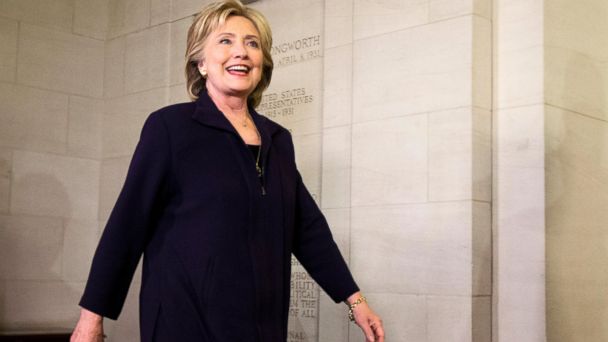 The House Select Committee on Benghazi released its 800-page report Tuesday on the 2012 attacks in Libya that left four Americans dead, wrapping up its two-year, $7 million investigation.

The report did not challenge the main conclusions of previous investigations, and includes new findings about the events around the attacks and their aftermath in Libya and Washington, culled from more than 80 new interviews and thousands of pages of documents.

Here's a look at the report's big takeaways:

NO SMOKING GUN FOR CLINTON

The new report, like others before it, did not find any new evidence of wrongdoing by former Secretary of State Hillary Clinton and other Obama administration officials, though it was critical of the response from officials following the attack.

Committee Chairman Trey Gowdy, R-South Carolina, who has faced criticism that his panel has targeted Clinton because of her presidential run, insisted Tuesday that the report "has never been about one person."

"Democrats want to make this about one person. That's never been our intention," he told reporters. (Democrats released their own report yesterday, after Republicans of shutting them out of the process.)

Two Republicans on the committee -- Reps. Mike Pompeo of Kansas and Jim Jordan of Ohio - released their own analysis of the report that more directly faults Clinton and her leadership, accusing her and top Obama administration officials of putting politics before policy and endangering the lives of Americans.

"My job is to report facts," Gowdy said of the majority's report.

One of the panel's most revealing discoveries was Clinton's use of a private email server at the State Department, a revelation that has dogged her presidential campaign and prompted an FBI investigation.

The report describes the bureaucratic confusion following the attack, detailing how assets sent to Libya did not leave for hours after orders were given by the Secretary of Defense - and how one unit was forced to change in and out of uniforms four times as officials debated protocol.

The report also claims that the Libyans who evacuated Americans from the CIA Annex to the Benghazi airport were former Qadhafi loyalists who had served the former leader the year before - and not members of the militias the CIA had cultivated relationships with.

The investigation also described details of a high-level meeting at the White House on the evening of the attack. Separately, emails from senior Clinton aides at the State Department also indicated that Clinton was preparing a trip to Libya in October of 2012.

The report, citing interviews with administration officials, also describes administration deliberations before and after Susan Rice, the national security adviser and former UN ambassador, appeared on five Sunday shows to represent the White House following the attacks. Rice was later criticized for claiming that they grew out of protests of an anti-Muslim YouTube video.

SAME CONCLUSIONS: RESCUE WOULDN'T HAVE MADE IT IN TIME

Previous investigations into the Benghazi attacks found that U.S. forces in Europe would not have been able to reach Benghazi in time to rescue Ambassador Stevens and the three other Americans who died. The new report doesn't challenge that conclusion, even as it adds details to administration decision-making and mobilization.

"Nothing could've reached Benghazi because nothing was ever headed to Benghazi," Gowdy said Tuesday. "At the time that those two Americans were killed, not a single wheel on a single US military asset had even turned toward Libya."

Republicans say the administration "severely tested" Congress' oversight by resisting requests for documents and witnesses from the committee, and that "serial delays" delayed the release of their report, leaving unanswered questions.

The committee even considered beginning procedures to hold Sec. Kerry and CIA Director John Brennan in contempt of Congress for the delays, according to the report, which recommends changes to House and Senate rules to force the administration to be more responsive to future requests from Congress.