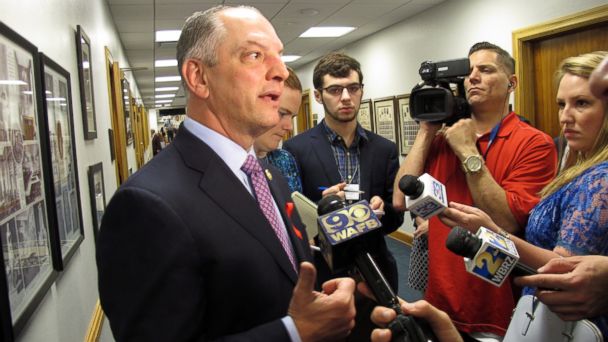 It also "prohibits discrimination in services provided by state agencies, and recognizes an exemption for churches and religious organizations."

While the order helps protect the LGBT community, there is still no state law that protects them from employment discrimination in all areas of the private sector.

The decision comes as other states have passed laws that have discriminatory effects on the LGBT community, including North Carolina and Mississippi, leading businesses, musicians and other states to boycott.

Before this order, Jindal had signed an executive order in May 2015 with the aim of protecting people, businesses and nonprofits from losing access to professional licensing, tax benefits and other government services if they refuse to support same-sex marriage. Jindal signed the executive order only hours after Louisiana lawmakers refused to pass the Marriage and Conscience Act, a bill that would have taken similar action.

"The previous administration's executive [order] I am rescinding was meant to serve a narrow political agenda," Edwards said. "It does nothing but divide our state and forced the business community, from Louisiana's smallest businesses to large corporations, like IBM, to strongly oppose it. This executive order threatens Louisiana's business growth, and it goes against everything we stand for- unity, acceptance, and opportunity for all."

Michael Hecht, President and CEO of Greater New Orleans, Inc, a public-private group promoting economic development, commended Edwards on his order "barring discrimination in Louisiana," and said "The perception of Louisiana's reputation has gone from worst to first in recent years, and this action will help to solidify Louisiana's current reputation as a welcoming place for business and talent."

Louisiana did pass the Preservation of Religious Freedom Act in 2010, which Edwards supported. It is the strongest religious liberty protections in the country, but Edwards' executive order does not conflict with the law.

"While this executive order respects the religious beliefs of our people, it also signals to the rest of the country that discrimination is not a Louisiana value, but rather, that Louisiana is a state that is respectful and inclusive of everyone around us," Edwards said.